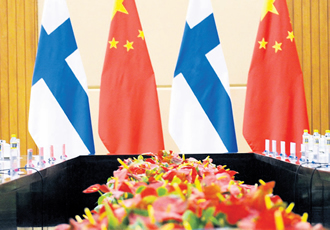 THE cities of Espoo and Shanghai have just celebrated their fifteenth anniversary as sister cities. As part of the commemoration, the city of Shanghai sent a delegation to Finland to meet with officials and plan how to take their relationship further.

The mayor of Shanghai Yang Xiong, deputy secretary general Dai Haibo and the director of the science and technology commission Shou Ziqi led the Chinese delegation. They met Finnish officials, visited companies and organisations, and even took the time to enjoy Finnish nature.

An axe as souvenir

“One highlight was of course the meeting with President Sauli Niinistö,” says Tuula Antola, the director of economic and business development for the city of Espoo. “Additionally, the meeting with the minister of economic affairs Jan Vapaavuori was very important, as it was a good discussion about the Pujiang Innovation Forum in Shanghai in October this year.”

The mayor of Shanghai and the Chinese delegation toured the Aalto Design Factory and the Finnish Nature Centre Haltia. They saw a performance by the Espoo Music Institute and had a boat trip in the archipelago. They also visited a few companies, such as KONE, Fortum and Fiskars.

“Fiskars was obviously impressive, because Mayor Yang bought a Fiskars axe as his personal souvenir after the visit,” Antola continues. “This was his first foreign travel as the new mayor, which is an extraordinary honour for both Espoo and the whole of Finland.” 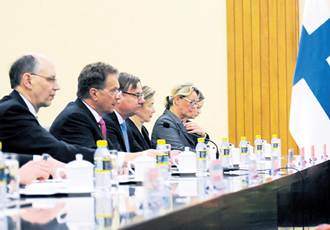 The visit from the mayor of Shanghai is just the latest in a long line of active cooperation that stretches back to September 1998, when Espoo and Shanghai established their sister city relationship. Antola states that from the beginning, the two cities wanted to highlight science and technology, higher education, trade and investment, as well as culture, sports and the arts.

The relationship between Espoo and Shanghai has also been important for bilateral relations between Finland and China, not least because many of the local leaders in the two cities have gone on to serve in positions at the national level.

“2010 was a very important year, first of all due to the Shanghai Expo,” says Antola. “An Espoo Day was held, and the international strengths of the Otaniemi campus area, Espoo’s expertise in welfare, and the concept of the China-Finland Innovation Center’s Golden Bridge were highlighted. An updated sister city agreement between Shanghai and Espoo was signed. The goal was to establish a foundation for co-operation and partnership between business sector operators.” 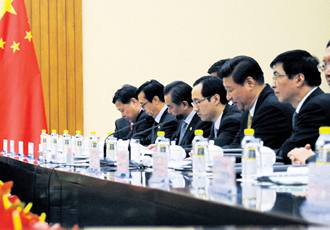 Although there are many ties between Finland and China, one of the strongest is in business. Antola explains that the country is a good place for Chinese firms to invest because it is acknowledged as a bridge builder between Europe, Russia and Asia.

But besides bilateral national relations, the city of Espoo also has special strengths which attract Chinese companies.

“Here you find Northern Europe’s largest high-tech hub and a very business-friendly environment with a highly-skilled workforce,” she explains. “The ecosystem of Otaniemi accounts for about 50 per cent of Finland’s R&D, the hotspot of Finnish entrepreneurship is in Espoo, 51 per cent of our residents over the age of 24 hold university degrees, Espoo is the safest of all major Finnish cities, and beautiful nature is all around.” 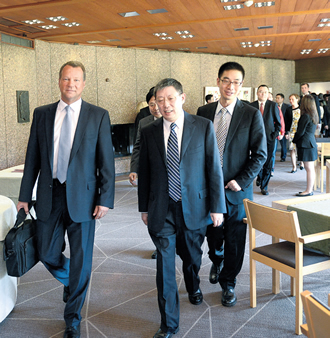 Coming up next in the relationship between the two cities is the Puijang Innovation Forum on 26-27 October. Finland will be the Country of Honour and there are plans to establish co-operation between Otaniemi and Zhang Jiang hi-tech park.

“We expect a further increase in investments and trade, a permanent exchange of experts, and establishing a Zhang Jiang office in Otanimei,” Antola concludes. “In the coming years we will make Otaniemi the most important place for Chines hi-tech companies in Northern Europe.

“The co-operation in education will become more and more important. We now have partner schools for all high-schools in Espoo. Soon there will be regular exchanges and we are certain that we will foster exchange between people and a common future through this education co-operation.”