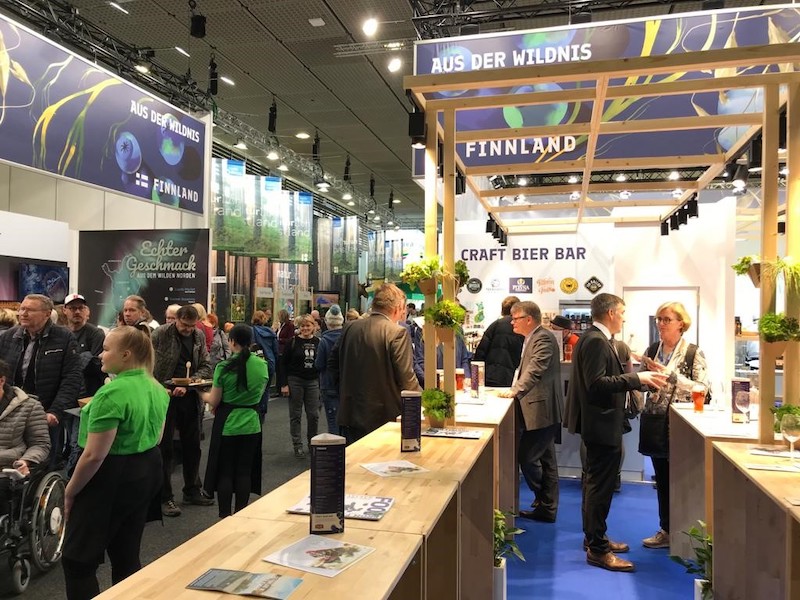 According to Finnish Customs' export statistics, our food exports have increased by approximately 20% between January and October 2022 when compared to the corresponding period the previous year. For the first time in its history, Finland's food exports will reach EUR 2,1 billion in 2022. "The growth seen in exports will increase the resilience of the food sector to crises," says Esa Wrang from Business Finland.

"In Finland, the opportunities for growth in the food industry are limited. With increased exports, the capacity of the food sector can be increased, which will also strengthen the domestic market and make it better resilient to crises," says Esa Wrang, Director of the Food from Finland program at Business Finland. Food exports are of strategic importance to Finland's national self-sufficiency and food security.

According to Wrang, the development of exports encourages companies to engage in increasingly strategic export activities, allocate additional resources to international markets, and adopt new marketing methods and distribution channels.

The most significant export figures have been achieved in France, where growth is around 60% when compared to the previous year. Finnish exports to the EU countries grew by an average of 26%. From countries outside the EU, our food exports grew to China, Norway, the United States, South Korea, Japan and New Zealand. Exports of Finnish food to Germany grew by approximately 10%.

During the operational period of the Food from Finland program implemented by Business Finland, Finland's food exports to Germany have doubled from EUR 60 million to more than EUR 130 million since 2014. Finnish products have been increasingly supplied to German distribution channels.

"We cooperate with Edeka and Globus retail chains, for example. Finnish products have also proceeded to other major distribution channels in Germany, such as REWE and Amazon. With high quality, you can also succeed on the competitive German market," says Lili Lehtovuori, who is responsible for the activities of the Food from Finland program in Germany.

"Export success is very important for our primary production, which creates a strong foundation for the success of the entire food chain. The economic situation of farms is alarming and the threat is that a large number of them will close down due to poor profitability. Without strong domestic primary production, we will lose our unique national food profile and its competitive advantages in domestic and export markets," says Antti Kurvinen, Minister of Agriculture and Forestry, who will be visiting the Internationale Grüne Woche.

The food sector is the fourth largest industry in Finland, employing almost 40,000 people directly and one in eight Finns indirectly, i.e. more than 340,000 people. One job in the food industry creates more than three other jobs in Finland. The domestic content of raw materials in Finland is very high (82%) and approximately 72% of the value added of food exports remains in Finland.

"Efforts have been taken to constantly increase the added value of Finnish export products. As a result of long-term work, the Finnish food sector and production are sustainable, viable and innovative. The competitiveness of products on the international market has been constantly improving," says Esa Wrang.