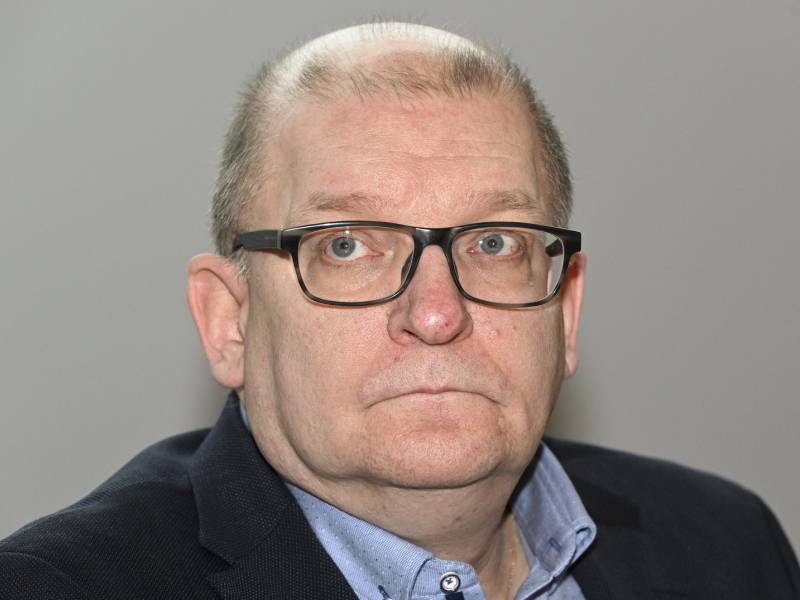 Riku Aalto, the chairperson of the Industrial Union, reacted at a joint press conference with representatives of Service Union United (PAM) and Finnish Transport Workers’ Union (AKT) in Helsinki on 9 January 2023. Aalto on Monday said significant pay rises are required in the chemical and technology industries to make sure workers can cope with the cost of living crisis. (Heikki Saukkomaa – Lehtikuva)

THE INDUSTRIAL UNION, Trade Union Pro and Federation of Professional and Managerial Staff (YTN) have issued strike warnings after breaking off collective bargaining negotiations in the chemical and technology industries.

The Industrial Union on Tuesday stated that its strike would take place at 50 workplaces, with a combined headcount of 7,200, in the key export industries on 1–3 February.

Both Pro and YTN have scheduled their strikes for the same three-day period, the latter revealing that roughly 5,000 senior managerial staff would be participating. All three unions also announced extensive overtime bans that came into effect yesterday or today.

Employee representatives broke off negotiations on new collective bargaining agreements in the chemical and technology industries on Monday, citing unbridgeable disagreements about wage increases. Negotiations in the technology industry, in particular, are relevant for all wage earners as the industry typically sets the so-called general pay rises that are adopted also in other industries.

“Our patience has been exhausted. It is obvious at this point in the round of collective bargaining negotiations that we cannot make progress through negotiations,” he commented in a press release on Monday.

“Rising prices are challenging the ability of workers to cope with day-to-day costs. Wage increases are needed because living is more expensive. People must be able to get by on their wages.”

The Industrial Union, along with other member unions of the Central Organisation of Finnish Trade Unions (SAK), in December declared that they are seeking wage increases in the ballpark of five per cent for this year.

Attempts to settle the differences between employer and employee organisations will resume under the guidance of the National Conciliator on Wednesday.

Jarkko Ruohoniemi, the CEO of Technology Industry Employers, told Helsingin Sanomat on Monday that employers have made all possible concessions in the negotiations without undermining the competitiveness of businesses excessively.

“We’re talking about our concern for the competitiveness of companies. We can’t make more concessions to move forward without endangering it. The demands of the other side are so harsh that we can’t give in to them.”

Further strike warnings are expected perhaps as soon as this week, according to the daily newspaper. Service Union United (PAM) and Finnish Transport Workers’ Union (AKT) have already announced they are preparing to take industrial action in co-operation with the Industrial Union.