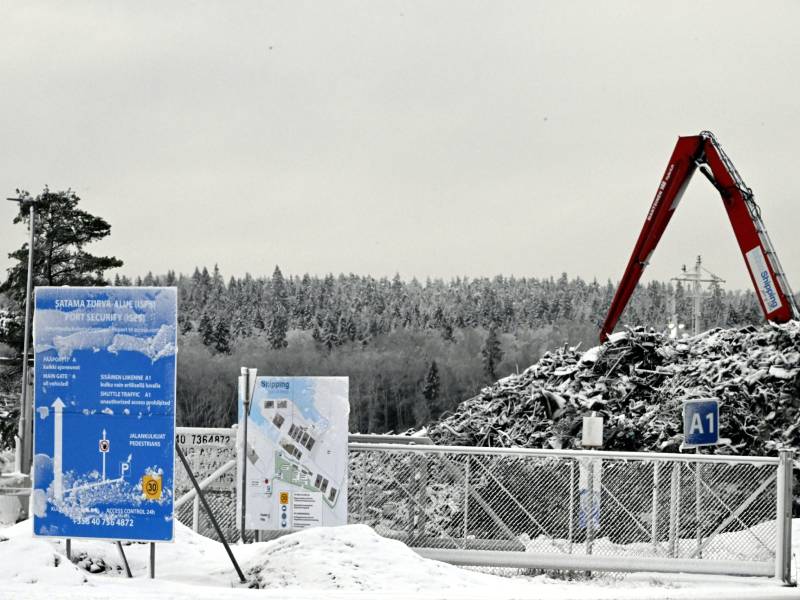 EXPERTS have delivered a smack of realism to the buzz surrounding a four-billion-euro green steel plant to be built in Inkoo, Southern Finland, by Norway’s Blastr Green Steel.

Mika Leskinen, the head of investment at S Bank, on Tuesday estimated in a tweet that the probability of the project being completed is roughly 10 per cent given the difficulty of obtaining financing in the prevalent economic climate, for example.

Leskinen on Wednesday reminded Helsingin Sanomat that the availability of financing has decreased substantially since the early days of successful industrial start-ups such as Northvolt, a Swedish start-up founded in 2017 that managed to put together not only the funding but also the expertise required to build and operate a large battery factory in Skellefteå, Sweden. Northvolt began commercial deliveries to an automotive manufacturer in May 2022.

“It would’ve been easier a couple of years ago because interest rates have risen and the actions of central banks have sucked liquidity from the market,” he explained.

He is nonetheless confident that financing can be found for “good projects” due to the need to tackle the massive challenges facing the energy system and green transition.

“But first you’ll have to prove that your project is good. My thinking is that a company may be interested in coming out early in order to float an intent like this and then wait what kind of a reception it gets from Finland or another country,” analysed Leskinen.

Even if the Norwegian project ultimately fizzled out, he added, the intent alone is an indication that rapidly increasing renewable electricity generation can attract such investments to Finland.

“I’d hit the brakes a bit when it comes to this project because it’s by no means clear. Of course I’m hoping that it’ll be carried out. But I’m sure we’ll see more of these kinds of projects in the future,” he added.

Blastr Green Steel on Tuesday announced it intends to build a decarbonised steel and integrated hydrogen facility in Inkoo, a 5,350-resident municipality located about 55 kilometres west of Helsinki, having signed a letter of intent that grants it exclusive right to use an industrial site in Joddböle, Inkoo.

The plant is expected to employ 1,200 people.

Jukka Kömi, a professor of physical metallurgy at the University of Oulu, stated to STT on Tuesday that the schedule of the project – namely, starting up green metal production in 2026 – is completely unrealistic.

“We’re only in the pilot stage globally, meaning you can’t even get your hands on the [production] technology with money,” he said to the news agency. “If they intend to use reduction by hydrogen to produce steel, I doubt it – it feels pretty difficult. But you can definitely make steel. Not entirely without emissions, but pretty close to it.”

Risto Murto, the managing director of Varma Mutual Pension Insurance Company, told Helsingin Sanomat that the project is representative of a new phenomenon where major industrial projects are kicked off similarly to start-up companies.

The project should therefore be perceived as a start-up.

“The start-up culture has traditionally been a feature of smaller companies that don’t require as large investments and process expertise. We’ve also become used to a significant number of these companies falling flat – it’s the nature of such enterprises,” he commented to the daily newspaper on Wednesday.

Blastr Green Steel, he added, must clear a number of hurdles before laying the foundation stone of the plant.

“My presumption is that you’ll have to set a price for the carbon emissions of traditional steel using emission rights before emission-free steel can become profitable,” commented Murto.