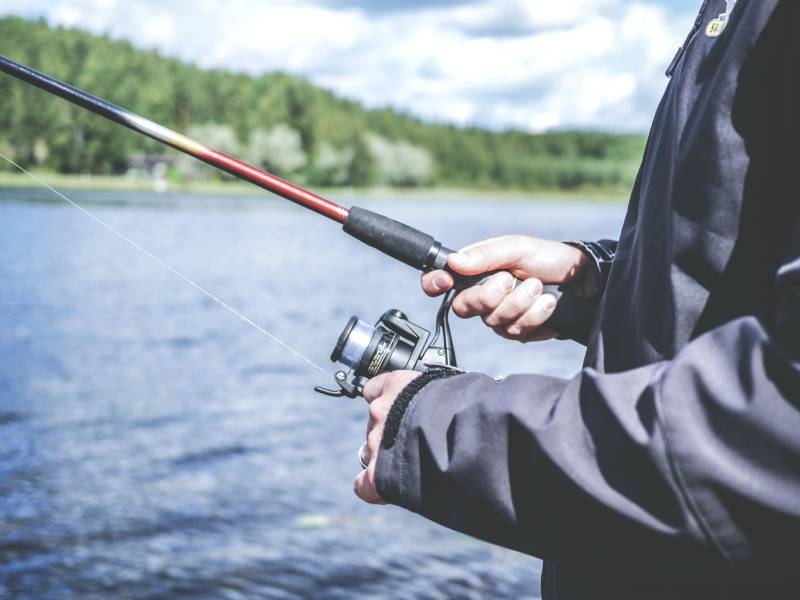 A person fishing. Rapala VMC on Monday announced its decision to discontinue the manufacture of Rapala lures in Finland, report YLE and Helsingin Sanomat. (Lum3n – Pexels)

RAPALA-BRANDED LURES and Marttiini-branded knives will no longer be manufactured in Finland.

Rapala VMC on Monday communicated that it has decided to pull the plug on its manufacturing operations in Vääksy, a village in Asikkala, Päijät-Häme. The operations will be moved to its long-standing manufacturing plant in Pärnu, Estonia.

The company will retain certain divisions, including lure design, and a total headcount of roughly 50 in Vääksy. The staff were notified of the decision on Monday.

The decision was made after a round of consultative negotiations that began in October. Olli Aho, the head of legal affairs at Rapala VMC, on Monday said altogether 53 employees will be affected by the redundancies and changes to employment contracts, although the company continues to look into the possibility of offering some employees jobs at the plant producing Peltonen skis in Heinola, Southern Finland.

The changes will be undertaken and completed as soon as possible.

Hannu Kolehmainen, the chief shop steward at Rapala and Marttiini, told YLE and Helsingin Sanomat that around 45 production workers are set to be laid off during the course of next year. News of the decision, he added, came as a disappointment and surprise to the staff after almost two months of consultative talks.

“People are absolutely disappointed with the outcome, depressed. We offered different alternatives and negotiated for seven weeks, and still this was the outcome,” he commented to the public broadcasting company.

The news was a surprise because knife production at the plant did not start until a couple of years ago, Kolehmainen added to Helsingin Sanomat. “Also the guys have been working overtime because production has not kept pace with order volumes. They’ve wondered is this really the thanks for all the flexibility they’ve shown.”

The decision will put a stop to the long tradition of manufacturing Rapala lures in Finland. Rapala has grown over the past roughly 85 years from a one-man operation to the world’s largest lure manufacturer, with operations in 38 countries.

The Vääksy plant was opened in 1973 and its staff include people who have been with the company for four decades, according to YLE.

“This is absolutely shocking. This has always been one of the largest employers in Asikkala. Gradually it has become smaller rand smaller, and now it’s becoming a lot smaller,” said Kolehmainen.