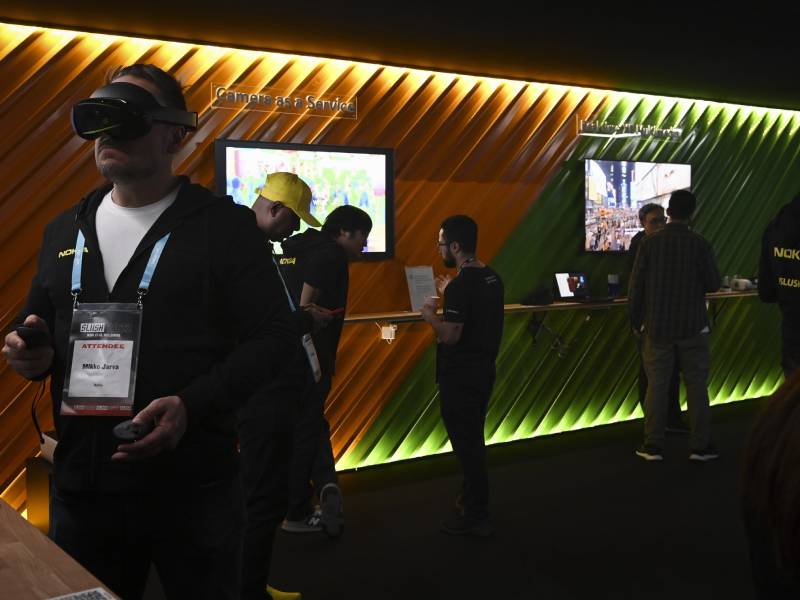 Attendees at Nokia’s booth at Slush 2022 in Helsinki on Thursday, 18 November. The Finnish start-up conference has asked investors to call off their one-million-euro investment in the winner of its pitching competition, Immigram, over the start-up’s operations in Russia. (Emmi Korhonen – Lehtikuva)

SLUSH, a Helsinki-based start-up conference, announced yesterday it will revoke the one-million-euro prize awarded to the winner of its pitching contest, Immigram.

Founded in London in 2020 by Anastasia Mirolyubova and Mikhail Sharonov, the start-up was announced as the winner of contest on Thursday, drawing almost immediate criticism over the start-up’s ties to and focus on Russia.

The start-up seeks to facilitate the immigration process for knowledge workers looking to enter the United Kingdom. The critics, though, stated that its operations focus exclusively specifically on assisting experts leaving Russia. Both Mirolyubova and Sharonov are Russian nationals but long-time residents of the United Kingdom, according to Helsingin Sanomat.

Yaroslav Krempovych, a Ukrainian venture capital investor, wrote on LinkedIn on Friday that the start-up continues to have a staff consisting exclusively of Russians, some of whom still reside in Russia, according to YLE. Jaanika Merilo, an advisor to the Ukrainian minister of digital transformation, said the selection was disappointing and shameful, wrote Helsingin Sanomat.

“While hundreds of Russian missiles are hitting Ukraine, Slush’s jury decides to award one million euros to an app that helps Russians to obtain visas to the west,” she wrote according to the newspaper.

Slush on Monday said it has decided to revoke the win “after receiving new information” on the scope of the Russian operations of Immigram.

“We should have reviewed all participants’ operations more closely before letting them enter the competition,” a spokesperson for the start-up conference tweeted, expressing regret over the oversight.