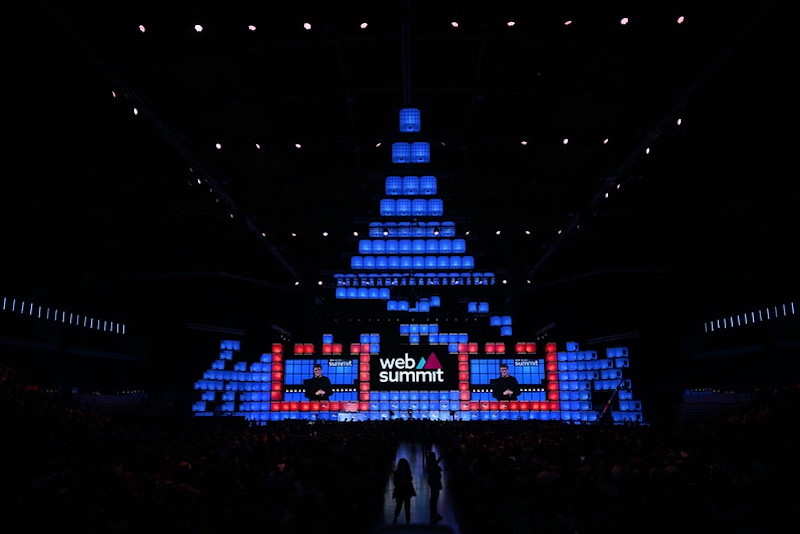 Centre stage during day three of Web Summit 2022 at the Altice Arena in Lisbon, Portugal. Photo by Lukas Schulze/Web Summit via Sportsfile

The 2022 Web Summit took over Lisbon from the 1st-4th of November, reaching maximum capacity with 71,033 attendees from 160 countries, joining to take part in one of the world’s leading business conferences. The event gathered startups, investors, speakers, volunteers and other attendees to network, learn, follow the inspiring pitching competition and discover the future of tech.

Web Summit runs the world’s largest technology events. Web Summit events have gathered half a million people across Web Summit in Lisbon, Web Summit Rio in South America, Collision in North America and RISE in Asia since Web Summit’s beginnings as a 150-person conference in Dublin in 2009.

Lisbon’s November event was the second physical event after the pandemic. Last year’s hybrid event was organised with a lower number of participants and social distancing regulations.

This year, Web Summit sold out earlier than ever – three weeks ahead of the event. Event organisers increased the space to its absolute maximum, stretching to 204,386 square metres (1,046 tennis courts) in order to accommodate the growth. With the limited available capacity, additional structures were built, taking over roads and other local spaces, and adding approximately 21,094 square metres of space for attendees within the site.

Also, a record number of startups and partners exhibited at this year’s event. Web Summit’s exhibition space was sold out six weeks ahead of the event, with floor space increasing to its maximum capacity of 8,478 square metres for partners and startups – a 57-per cent growth over 2019. For startups, the most represented industries were SaaS, Fintech, AI, Ecommerce and Advertising. Top partners included Figma, Stripe, AWS, Google and Binance.

This year, nearly 30,000 attendees (42 per cent) were women. 34 per cent of speakers were women – the same as in 2021. While the overall gender balance dropped from last year, Web Summit remained at near parity. As well as this, there were nearly 400 women-founded companies among the startup cohort. This increase in female participants is mostly due to the grossly discounted “Women in Tech initiative”, which gives a 90% discount to female attendees. A practice which has also been criticised for discriminating against male participants.

Earlier this year, Web Summit carried out a study within its women in the tech community, which found that 49.5 per cent of respondents have experienced sexism in the last year, 66.9 per cent feel they are paid unfairly compared to their counterparts who are men, and 62.9 per cent feel pressure to choose between career and family at least some of the time.

This year the winner of the PITCH - Pitching competition of Web Summit wasTheneo, an AI startup from Georgia.

PITCH, in partnership with Siemens, is Web Summit’s startup competition, bringing together the world’s leading early-stage startups for a live onstage battle. 105 of the 2,296 startups exhibiting at Web Summit competed in the group rounds of PITCH. The final, held on Web Summit’s Centre Stage on the last day of the event, saw Theneo crowned as the 2022 winner, with Gataca, an enterprise software solutions startup from Spain, and Biome Diagnostics, a MedTech and pharma startup from Austria, finished as runners up.

Theneo is an AI platform that allows users to import API collections, drag and drop requests, and convert them into a variety of programming languages. As an API tool, Theneo is designed for all team members, from developers to non-technical team members.

“The funny thing is, last year, we didn’t get into the PITCH competition at all. I was watching as an attendee, and I said, ‘One day, I want to be there on the stage’. I didn’t expect that I would get to the semi-finals this year, but it happened, and then the finals. It feels surreal,” said Ana Robakidze, Theneo founder and CEO.

Theneo bucks the trend of the last three years, during which PITCH winners – Smartex, Lalibela Global-Networks and Nutrix – have all been MedTech startups.

“We are the first Georgian company to ever go this far in any kind of big startup competition. So I feel like it’s beyond just me or my company. It also represents a lot for my country. Unfortunately, not a lot of people know about the startup ecosystem in Georgia. There are so many great startups, and I feel like I’m also representing them.” 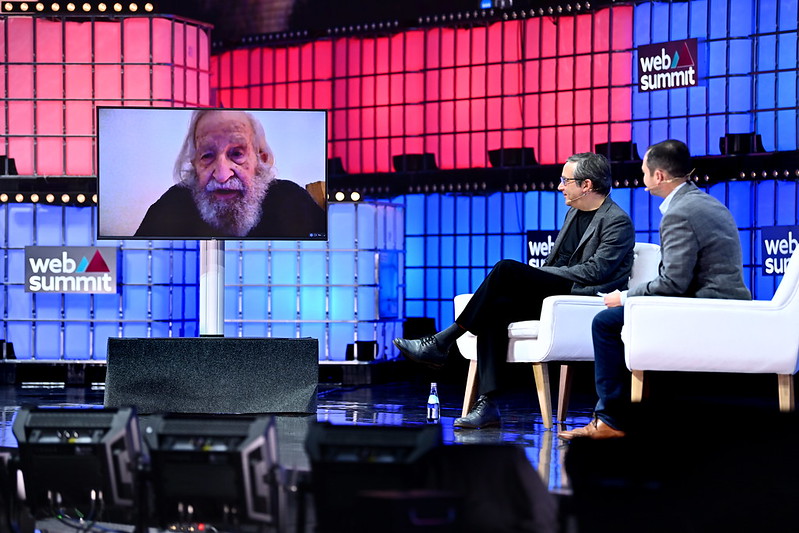 The transition from Web2 to Web3 and the possibilities of the Metaverse are present in almost every industry. Many startups want to be the first ones to do what they do in the following virtual platform. The idea of a virtual world opens up various new opportunities for businesses and industries.

For example, the fashion industry is transforming to more digital space to be less environmentally harmful. Industry professionals can also take advantage of the tools and possibilities that technology provides them.

In addition to the virtual world of fashion, the physical form is changing as well. 3D printing of clothes is becoming more advanced, and the experimentation with alternative materials is increasing. More prominent companies are taking the example of startups and moving to be more virtual and sustainable.

The father of modern linguistics, Noam Chomsky, joined scientist, author and entrepreneur Gary Marcus for a wide-ranging discussion that touches on why the myths surrounding AI are so dangerous, the inadvisability of relying on artificial intelligence tech as a world-saver, and where it all went wrong.

According to Chomsky and Marcus, the opportunities and dangers of AI are considered to be more than they actually will be. Chomsky attended the conference remotely but still managed to fill the main stage with attendees.