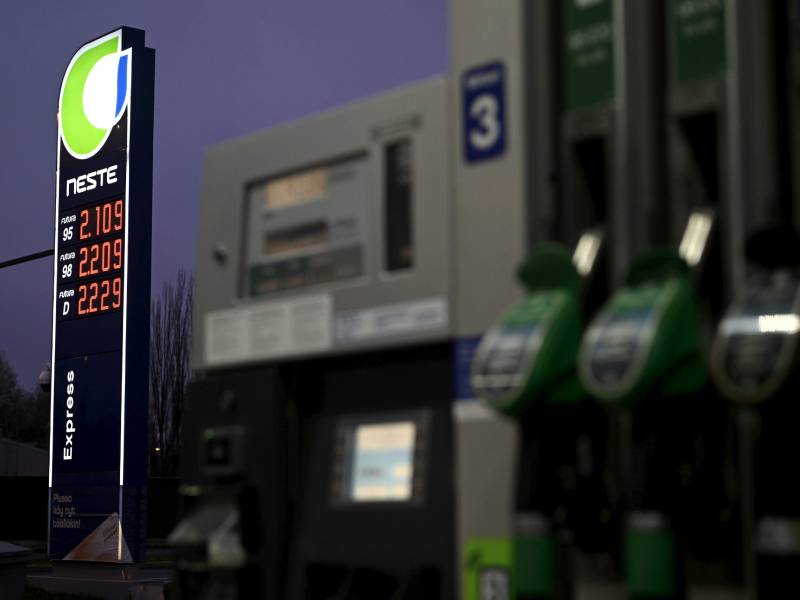 A Neste service station in Malmi, Helsinki, on 27 October 2022. The Finnish oil refining company announced this week it will complement dozens of its service stations with electric vehicle chargers developed by Kempower. (Markku Ulander – Lehtikuva)

Neste on Wednesday announced it intends to complement its network of more than 800 service stations in the country with charging solutions provided by Kempower, with the first stations to be opened at the turn of the year in Hankasalmi, Central Finland, and Oulu, North Ostrobothnia.

The goal of the partnership is to built the backbone of a national network of high-power charge points.

“We must ensure that the coverage of high-power charging stations is sufficient considering the growing number of electric vehicles and that stations have adequate capacity for multiple cars and drivers simultaneously,” commented Katri Taskinen, the head of sales for the company’s service stations in Finland.

The output of a high-power charge station can exceed 150 kilowatts depending on the charging solution and electric vehicle, making it possible to fully recharge a drained battery in less than 30 minutes.

Following its initial public offering in 2021, Kempower has been one of the top performers on the Helsinki Stock Exchange in 2022. The company reported an operating profit of 3.2 million euros for the first half of the year on revenue of 65.8 million euros – an increase of 250 per cent from the previous year.

The value of the partnership is an estimated four million euros over the next two years, according to Helsingin Sanomat.

Its growth has been fuelled by the rapid proliferation of electric vehicles. The company has already announced a plan to enter the US in 2023 and reported that its charging stations will be installed along an over 5,300-kilometre highway in Western Australia.