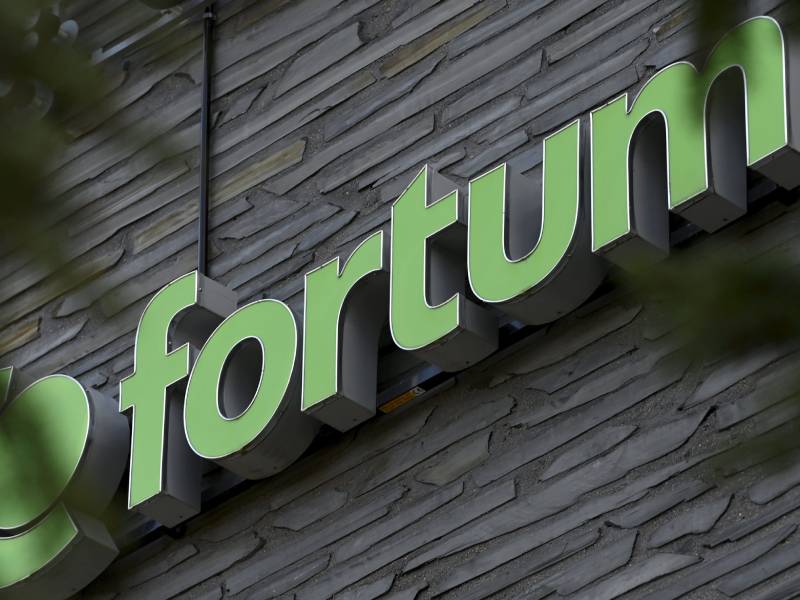 A logo on the wall of Fortum’s headquarters in Espoo on 22 September 2022. The Finnish majority state-owned energy company is contractually bound to Russian nuclear fuel until 2030, report STT and YLE. (Heikki Saukkomaa – Lehtikuva)

THE USE of Russian nuclear fuel is set to continue for at least a few more years at the Loviisa Nuclear Power Plant operated by Fortum, report STT and YLE.

Matti Kattainen, the director of nuclear power at Fortum, stated to STT that the company is operating in line with its supplier contract, declining to speculate on whether and when it could stop the use of Russian fuel. The company has previously stated that it will invite bids from supplier candidates once its operating licences, as well as the current supplier contract, come up for renewal in 2027 and 2030.

Fortum stated in its half-year report earlier this year that the fuel supplier cannot be swapped overnight due to certificate requirements and licensing processes.

“We’ll look at who’s the most suitable fuel supplier at the latest when the current contract expires,” summed up Kattainen.

Fortum in March submitted an application for a licence to continue operating the plant until 2050.

Juhani Hyvärinen, a professor of nuclear technology at LUT University, viewed that Fortum is in a difficult position due to the relatively low number of potential suppliers. He added on a general level that the company would likely require a year or two after signing a supplier contract to take the first delivery.

Russian nuclear fuel has accounted for roughly 20–30 per cent of the global market, he estimated in an interview with YLE. The European Commission has reported that Soviet or Russian-made reactors that are fully reliant on Russian fuel remain in use in five countries across the EU: Bulgaria, Czechia, Finland, Hungary and Slovakia.

Hyvärinen stated to both news outlets that there are no insurmountable technical obstacles to replacing the fuel. The Loviisa Nuclear Power Plant, for example, previously ran on fuel from British Nuclear Fuels Limited (BNFL).

“There’s plenty of uranium as such, and you can definitely procure fuel for reactors presently in use at reasonable prices also in the future,” he commented to YLE.

Nuclear fuel is presently not on the sanctions list of the European Union. The possibility of bringing it within the scope of sanctions has reportedly been discussed, but the likelihood of doing so in the midst of the energy crisis appears low. The Ministry for Foreign Affairs told YLE that adding nuclear fuel to the list would require a unanimous decision by the 27-country bloc but declined to comment on the discussions.

Also Hyvärinen refrained from commenting on what he said is a political decision.

“I’ve been asked about this occasionally, and I’ve made it a habit to answer like the prime minister and say the right thing morally is to stop the war, withdraw behind recognised borders and start fixing the damage,” he stated to the public broadcasting company.

Use of Russia nuclear fuel became a topic of discussion in Finland on Saturday, following the emergence of news reports about police officers overseeing the loading of what turned out to be Russian nuclear fuel onto an aircraft bound for Bratislava, Slovakia, at Lappeenranta Airport.