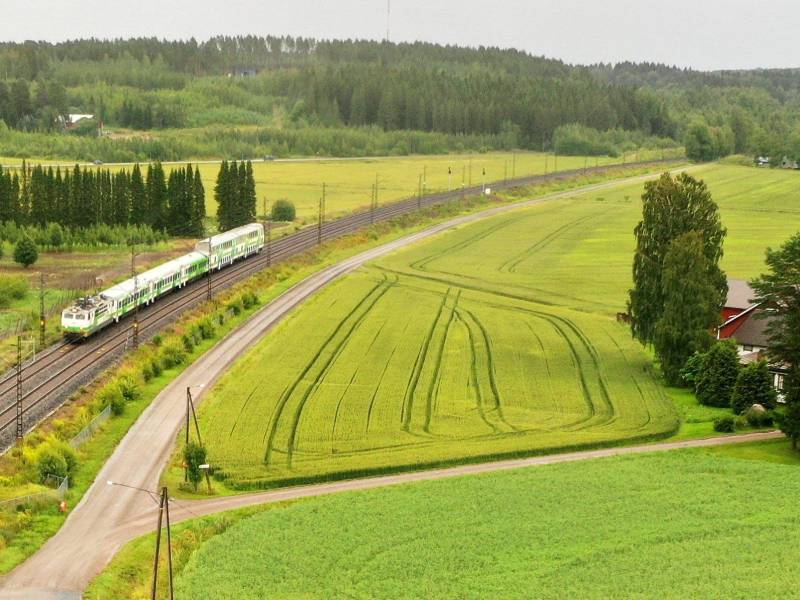 VR on Monday reported a vastly improved result for the third quarter of the year.

“The number of long-distance journeys increased to a good, pre-pandemic level primarily due to an increase in leisure travel. We made an all-time record of 1.4 million journeys in July,” commented Elisa Markula, the CEO of VR.

The volume of rail cargo decreased by roughly 20 per cent from the previous year as the state-owned company continued winding down its services to and from Russia. The services had been reduced by roughly 65 per cent by the end of last month and are to be discontinued completely by the end of the year.

Some of the loss of volume is expected to be offset by domestic demand.

“The demand for all services in domestic cargo traffic has increased significantly, which is replacing some of the volume in eastbound traffic,” said Markula. “The growth has been spurred especially by rising domestic transport volumes of round timber.”

VR highlighted that changes in energy prices do not have a major impact on the profitability of its domestic cargo services because they are provided under contracts that stipulate that energy prices are taken into account in the service prices.

Russia’s invasion of Ukraine and global political uncertainty, though, continue to affect the operations and profitability of the railway company. The war prolonging could hamstring economic growth, raise energy prices and speed up inflation.

While the unusually high electricity prices are expected to have a negative impact on the profitability of passenger services in the final quarter of the year, the company reminded that in the longer term its business is boosted by the megatrends of urbanisation and growing environmental awareness.