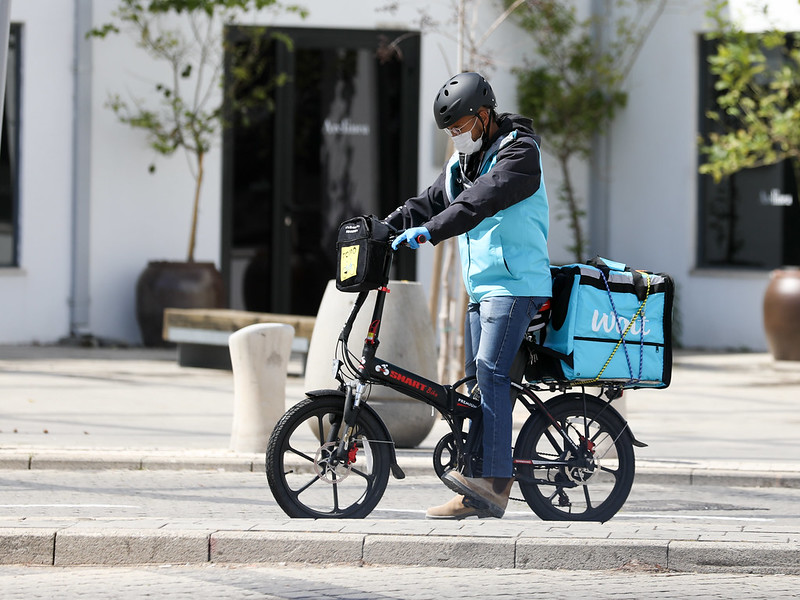 Companies owned by private equity and venture capital investors (PE investors) are clearly growing faster than peer companies, according to a recent impact study of the PE industry carried out by PwC and the Finnish Venture Capital Association (FVCA). The growth was very strong both in terms of turnover and the number of personnel. 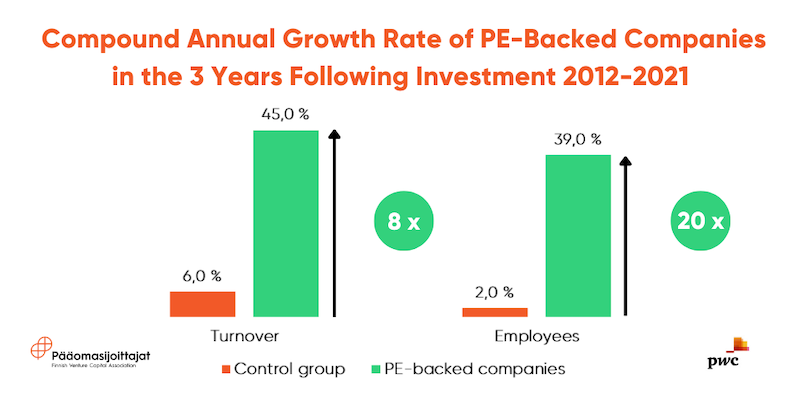 According to the impact study, the annual turnover growth of PE investors' portfolio companies within three years of the first investment is eight times faster than within a comparison group collected from companies of the same size, operating in the same industries. In companies that have a PE investor behind them the growth is 45 %, while the growth rate in the comparison group is 6 %.

PE investors invest in unlisted startups and growth companies, and own either a majority or a minority stake of the company. The ownership period is typically 3–7 years, during which they, as active owners, help companies grow. After this, the PE investor leaves the ownership and the company moves to the next stage of growth, for example by listing on the stock exchange.

"In addition to the well-known Wolt, Supercell and Musti and Mirri, PE investors have been involved in accelerating the growth of many companies in Finland. Even at the moment, more than 600 growth-oriented companies have a PE investor as their owner, and new portfolio companies are constantly being sought", states Jussi Lehtinen, PwC partner who has been responsible for the study.

"Majority of the increase in the number of personnel comes from when new jobs are created as the company's operations grow, but acquisitions are also part of PE investors' strategy. This group of fast-growing companies would often also have the desire to recruit more, but there is a shortage of skilled labor in both startups and growth companies", says Jonne Kuittinen, who is in charge of the research at FVCA.

The availability of skilled capital has also been identified as a key area for Finland's growth in the report (in Finnish) published last year by the sustainable growth working group set up by the Minister of Economic Affairs, Mika Lintilä. According to the report, in order to ensure the availability of PE investments, ways to increase the interest and opportunities of both domestic and foreign LP investors to invest in Finnish PE funds must be considered.

"The results of the report show once again that PE investors accelerate the growth of Finnish companies with skilled capital and create sustainable prosperity in Finland. The owner group aiming for bold growth has a significant social impact. It is especially emphasized in this kind of market situation, where growth may otherwise slow down and productivity development is bland", concludes FVCA's Managing Director Pia Santavirta.