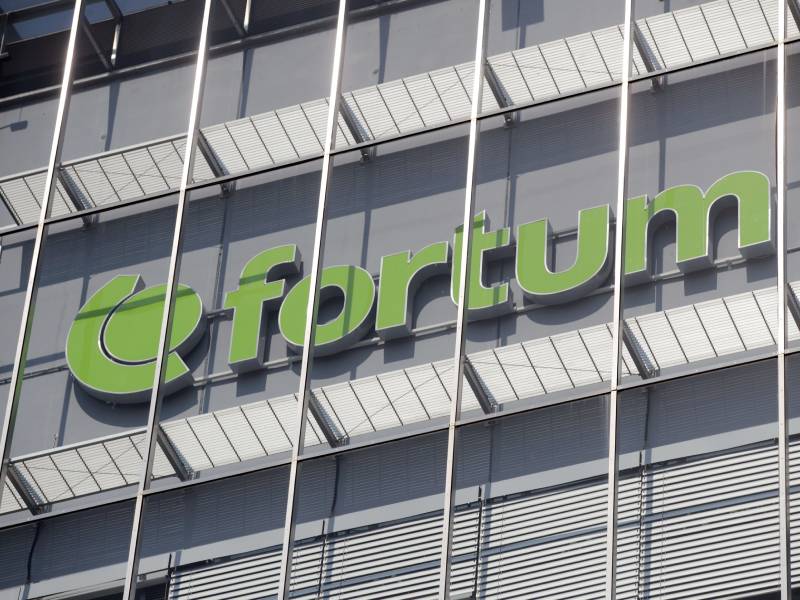 Fortum’s logo on the wall of its head office in Espoo, Southern Finland, on 22 July 2022. The Finnish majority state-owned energy utility says it is faced with collateral requirements worth around five billion euros. (Roni Rekomaa – Lehtikuva)

THE COLLATERAL REQUIREMENTS of Fortum have increased by a billion euros in a week due to soaring spot and futures prices for power in the Nordics, the Finnish majority state-owned energy utility said on Monday.

Markus Rauramo, the CEO of Fortum, revealed last week at the company’s earnings call that the company is faced with collateral requirements worth roughly 11 billion euros.

As Uniper, the company’s natural gas-reliant subsidiary in Germany, is responsible for covering seven billion euros of the total, the parent company’s requirements were estimated at four billion euros. Dramatic increases in spot and futures prices had increased the requirements to around five billion euros by Friday, 26 August.

Fortum on Monday reiterated that it has sufficient liquid funds to meet the current collateral requirements.

The company revealed it is in talks with its majority owner about arrangements that safeguard its immediate solvency in circumstances where the “exceptional price developments” continue and the collateral requirements continue to tie up billions of euros in its assets. Its requirements, it added, arise primarily from power deliveries scheduled to take place next year.

The customers of power utilities operating in the futures market can demand a collateral from the utility to shield themselves against the eventuality that the utility is unable to make the promised delivery. The collateral is defined based on market prices in order to ensure the customer can acquire the power from another supplier in the event of a delivery disruption.

The utility pays the collateral either directly to the customer or to the power exchange. The collateral is released once the hedged contract goes to delivery.

Fortum also said it has reached out to market regulators and authorities to urge them to take “immediate action” to stabilise the market because the default of even a smaller market participant could severely disturb the power system in the Nordics.

The majority state-owned company reported earlier last week that its second-quarter operating loss amounted to 9.14 billion euros, representing an over tenfold increase from the loss of 840 million euros it posted between April and June 2021. Its performance was hindered particularly by the massive losses incurred by Uniper, which has had to seek alternative sources of natural gas at higher prices due to export restrictions imposed by Russia.

“These losses are now reflected in our result on a multi-billion scale, partly as materialised losses and partly as impairments and provisions that will materialise as losses in coming quarters,” said Rauramo.