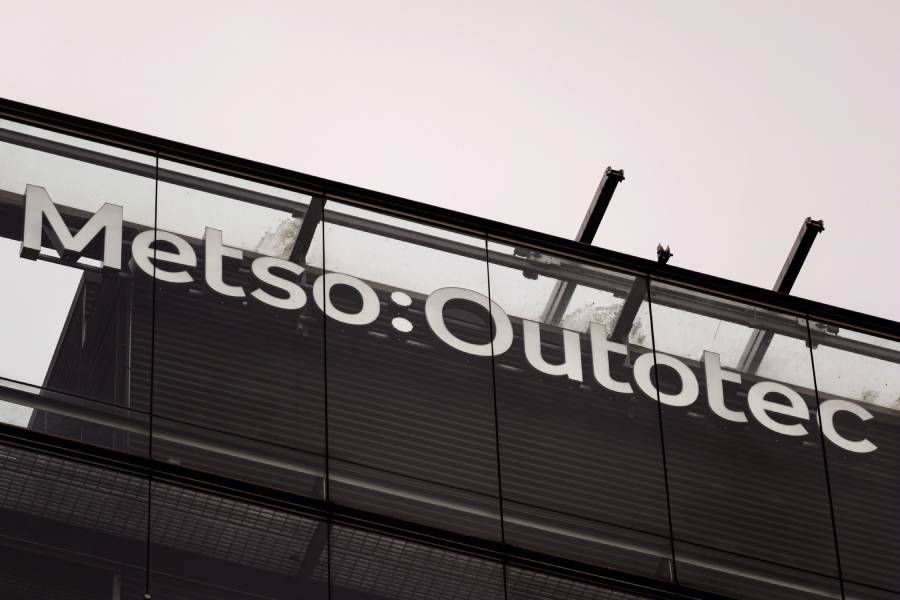 The logo of Metso Outotec in Helsinki in August 2020. A Swedish radio channel has reported that the Finnish technology supplier has ruled that it can continue business with companies whose largest shareholders include sanctions-listed oligarchs. (Roni Rekomaa – Lehtikuva)

THE CHIEF EXECUTIVE of Metso Outotec, Pekka Vauramo, says the Finnish technology provider has complied fully with the sanctions levied over the Russian invasion of Ukraine.

P4 Värmland, a regional radio channel of Sveriges Radio, on Tuesday reported that Metso Outotec’s internal documents indicate that the company deemed it possible to stay in business with some companies whose major owners include individuals subjected to sanctions.

Helsingin Sanomat on Tuesday wrote that it has seen the documents cited by the radio channel, revealing that they contain a list Russian companies that have been highlighted in red or green depending on whether or not they fall within the scope of sanctions in the assessment of Metso Outotec.

Most of the over a hundred companies are highlighted in green, including Metalloinvest and Udokan Copper. Almost half (49%) of shares in the two companies are owned by Alisher Usmanov, an oligarch who is featured on the sanctions list of both the EU and the United States.

The EU describes Usmanov as one of the favourite oligarchs of Russian President Vladimir Putin.

Vauramo on Tuesday stressed to YLE that Metso Outotec has carried out a sanctions-related assessment of all its clients and deliveries.

“We’ve done our own internal assessments and utilised external international law firms, which have assessed the sanctions from the perspective of different legal systems,” he commented to the public broadcasting company.

Metso Outotec, he added, has continued to make deliveries only to clients not subjected to sanctions in Russia. The deliveries have been continued in accordance with commitments laid out in the wind-down agreements it has made in the wake of the invasion. The company is intent on winding down its operations in the country in the coming months.

“We’ve had numerous contracts there that, naturally, were signed before the war started,” said Vauramo.

“As the sanctions have been adopted, we’ve updated the situation and continued our deliveries based on wind-down agreements to the extent that the sanctions and other export regulations have made it possible.”

Metso Outotec made about 67 million euros worth of deliveries to Russia between April and June. The company has not disclosed the names of the recipients.

Mikael Ruotsi, a legal officer at the unit for public international law at the Ministry for Foreign Affairs, told YLE that the EU sanctions are binding for citizens and companies in the 27-country bloc. The sanctions regime prohibits intentional and purposeful participation in, for example, activities that aim or may lead to assets being made available directly or indirectly to a sanctions-listed individual or entity.

The Ministry for Foreign Affairs stated that subverting the sanctions may be punishable under sections 1–3 of Chapter 46 of the Finnish Criminal Code.