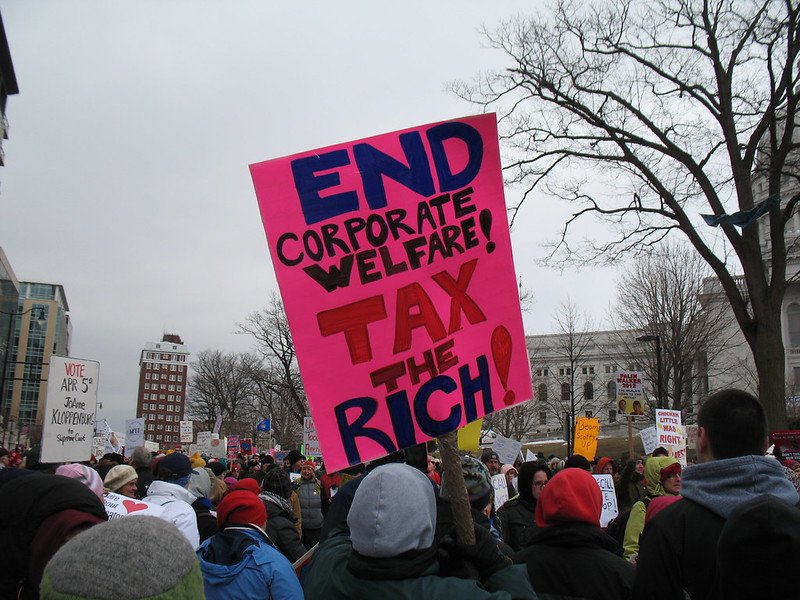 Taxing rich people's gains from capital can help reduce inequality while keeping up overall prosperity - yet only with two conditions. First, the revenues from taxation must be invested in public infrastructure such as schools, public transport, or sustainable energy grids. Second, it must be fairly possible to replace machines with labour.

There are a few countries in the world which offer tax free salaries and goods to their citizens and visitors alike.

These countries, such as UAE or Qatar, usually have another stable source of income such as oil or other natural resources from where they can cover the costs of development, education, health care, etc. These also rarely offer any social security except to their own citizens who often do not need it.

This is the outcome of a mathematical modelling study by a team of economists including US Nobel Laureate Joseph Stiglitz and led by the Potsdam Institute for Climate Impact Research. "There is a lot of buzz about taxing big individual wealth to reduce inequality. However, many policymakers remain sceptical that it might harm the economy," says lead author Linus Mattauch from the Potsdam Institute for Climate Impact Research, Oxford University's Institute for New Economic Thinking, and Technical University Berlin.

"Indeed, capital invested into machines serves productivity and hence overall prosperity. Also, the rich could pass on the tax burden to the poor by reducing wages. Hence, taxing capital could harm workers' wealth. We, therefore, tested a wide variety of assumptions, but our theoretical result holds under all of them."

According to a statement released by Potsdam Institute for Climate Impact Research (PIK), the revenues from taxing the rich must be invested in public infrastructure.

"The economics involved are admittedly complicated, but the results are pretty straightforward," says Mattauch. "Interestingly, it turns out that in fact taxing income from the capital can serve social welfare as a whole, but only if done properly."

Most importantly, the revenue from taxing capital must be invested in public infrastructure, which benefits overall economic prosperity. "When using the proceeds from taxing the rich for better education or better climate protection, the entire economy benefits," says co-author and Nobel Laureate Joseph Stiglitz from Columbia University in New York.

"However, if governments fail to use the revenue for these kinds of investments, taxing capital, in the long run, can actually harm the economy and increase inequality," Stiglitz noted.

The report further noted that the governments must not be afraid to impose higher capital taxation on the very rich.

The rate of taxation has to be adapted to each country's economy. "Generally, governments must not be afraid to impose higher capital taxation on the very rich," says lead author Mattauch.

"The reason is that their saving behaviour is very different from those of the middle class - they save for posterity, not their own retirement. It is the saving behaviour of the rich that really drives wealth disparities." The economists tested a number of realistic tax levels in their models.

"However, too-high taxes would too strongly reduce incentives of investing capital into, say, factories if those are not well replaceable by labour", explains Mattauch. "Populist proposals of taxing away private capital would harm the economy and thus harm public welfare. It's a delicate balance." The research, therefore, demonstrates a major policy implication for reducing inequality mentioned, but not established, in Thomas Piketty's "Capital in the Twenty-First Century".

The insights are valid only in societies where, by and large, people can fill in for machines. In developed economies, a self-service checkout at a supermarket can replace a person, or a health care robot can someday partially substitute for a nurse. Automation is important because capital is invested in those machines. If these investments shrink due to capital taxation, productivity must be kept up by labour. This is an empirical factor of uncertainty, especially since artificial intelligence is becoming economically more important, and hard to replace.

"The gap between rich and poor has risen significantly in major economies like the US or China, recently also due to the COVID crisis," says Ottmar Edenhofer, co-author of the study and Director of the Potsdam Institute as well as of the Mercator Research Institute on Global Commons and Climate Change.

"This is mostly the rich getting richer, not the poor getting poorer. Yet in times of multiple crises, from climate to the confrontation with Russia, with more volatile energy and food prices, fostering social cohesion seems to be important. People must stand together, and in this regard, the growing wealth gap is a risk we might consider worth reducing," Edenhofer noted.