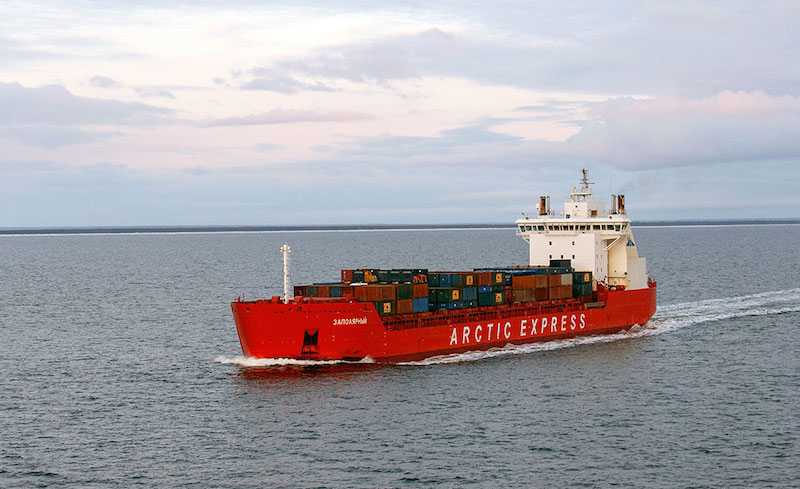 Russia's Norilsk Nickel has pondered an alternative to European transport routes to sea routes across the Arctic Ocean and the development of ports in Africa.

One of the largest producers of nickel, copper and other metals in the world, Russian Norilsk Nickel, which is not under broad international sanctions, is thinking about changing its traditional transportation routes from European to Asian ones.

Most of Norilsk Nickel's cargo traffic is concentrated in the western part of the Northern Sea Route, but Ravil Nasybullov, director of the company's logistics department, does not rule out the possibility that commodity flows will be redirected to the East, which will require the use of icebreakers on the route, Russian specialized publication portnews reports.

And if the company itself is not under sanctions, the European contractors refuse to work with producers in Russia.

Thus, the Finnish state railway VR, said that from 2023 will stop transporting Russian cargoes. At present, all of Norilsk Nickel's cargoes between the Russian and Finnish divisions transport by rail. These VR decisions push the Russians to look for alternative logistics routes at least by 2023.

In addition to the turbulence in geopolitics, the Russian Arctic has seen an expansion in capacity and the development of shipping along one of the region's largest rivers, the Yenisei.
The growth in shipping is spurred by a string of new industrial projects in the Taymyr Peninsula, several of them operated by Nornickel.

The company, owned and managed by Vladimir Potanin, now invests up to 26 billions rubles (€300 million) in the modernization of local infrastructure. That includes a new logistics center.
This will positively affect the local goods delivery process, company representative Nikolai Utkin said at the opening ceremony of the new center.

“It is a new direction, a project on the digitalization of production,” he said.

Unlike many of Russia’s other industrial majors, Nornickel is not sanctioned by the international community, and shipments of nickel and other precious metals have continued to reach western manufacturers.

Issues of transportation are today of crucial importance, Utkin underlines.

“The organization and construction of efficient logistics chains has always been a priority for us, after all we are located in the periphery with complicated conditions for goods transportation and a limited period for navigation — it has required smooth and tedious work.”

Among Nornickel’s ongoing development projects in the area is the construction of a new processing plant in Talnakh, as well as a major renovation program for the city of Norilsk.