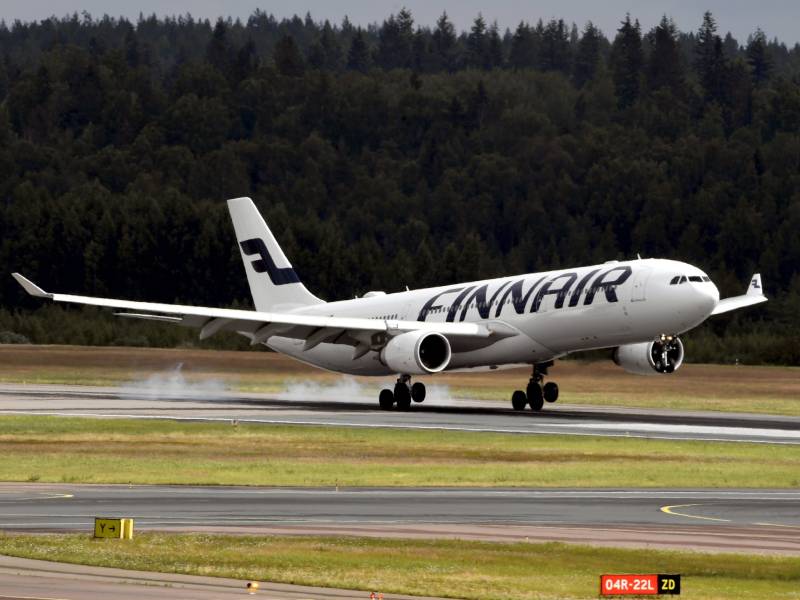 A Finnair aircraft touched down at Helsinki Airport on 14 July 2022. The Finnish majority state-owned airline said yesterday it is re-evaluating its strategy, which has been built around short routes across Russia between Europe and Asia, in light of the closure of Russian airspace. (Jussi Nukari – Lehtikuva)

FINNAIR on Tuesday revealed that it is mulling over new means to mitigate the heavy losses it has incurred due to high fuel prices, rapid inflation and changes in the operating environment – namely, what is expected to be a prolonged closure of Russian airspace.

“These changes require a new strategy and significant structural renewal of Finnair,” Topi Manner, the chief executive of the majority state-owned carrier, stated in the second-quarter report.

“We are working on a thorough strategy renewal and aim to communicate more about our direction and the changes it brings in the autumn.”

Finnair reported that its second-quarter revenue increased by more than 390 per cent year-on-year, from 112 to 550 million euros, as demand for air travel started to normalise and passenger volumes and load factors recover especially in Europe and the United States. Its comparable operating result similarly improved from the previous year but remained more than 84 million euros in the red.

The airline pointed out that record-high fuel prices had an adverse cost impact of about 126 million euros compared to the previous year, an impact that was compounded by the longer routes necessitated by the closure of Russian airspace.

Manner said the airline operated roughly 64 per cent of its active capacity in 2019, with the airspace closure restricting flying to the traditionally important markets of Japan and South Korea. It managed to provide work for roughly 600 employees by wet-leasing six per cent of its aircraft capacity to partner airlines.

“During the second quarter of 2022, Finnair was impacted by one crisis after another,” he summarised. “The impacts of the severe, two-years-and-counting pandemic started to ease as demand recovered, but at the same time we felt the full weight of the impacts of the war in Ukraine.”

Finnair stated that it expects its comparable operating result for the entire year to be “significantly negative” for the third consecutive year due to the war in Ukraine.

The worse-than-expected operating result and muted short-term outlook saw shares in the airline fall by over nine per cent to 0.41 euros on Helsinki Stock Exchange on Tuesday. The shares have lost almost a third of their value since the beginning of the year.