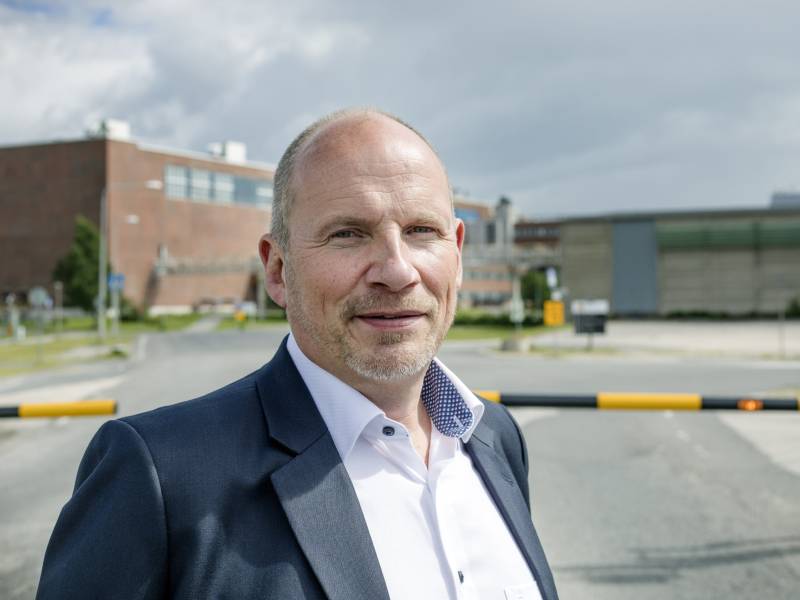 Petri Alava, the CEO of Infinited Fiber Company, posed for a photograph outside a paper mill shut down by Stora Enso in Kemi, Finnish Lapland, in 2021. The Finnish producer of regenerated textile fibre announced earlier this week it will invest 400 million euros in converting one of the production lines into its first commercial-scale production facility. (Nina Susi – Lehtikuva)

The facility is to be built in one of the buildings that made up the paper mill shut down by Stora Enso in 2021.

Infinited Fiber on Monday said the facility is expected to operate at full capacity in 2025, employing directly roughly 250 people and another 50 in on-site support functions such as maintenance, logistics and services. The construction and installation phase is estimated to create 120 person-years of jobs, while another 800 jobs are to be created as an indirect consequence of the investment.

“Kemi provides access to lots of skilled staff with experience in the process industries,” Petri Alava, the CEO of Infinited Fiber, commented to Helsingin Sanomat. “Naturally we’ll also actively train employees for textile fibre production. We’ve already talked about this with the City of Kemi.”

The facility is to have an annual production capacity of 30,000 tonnes of Infinna, the regenerated textile fibre developed by Infinited Fiber. The amount is enough to manufacture roughly 100 million T-shirts, according to the company.

The material is different from recycled textile fibres in that the cellulose fibres are broken down to the molecular level before an entirely new fibre is created.

The process starts by shredding and mechanically breaking down the textile waste used as the raw material, Alava explained to Helsinign Sanomat. The textile shred is then processed chemically into cellulose flock, the nitrogen in which is bound with urea.

“It makes the material soft and cotton-like. That’s also why the ready fibre contains some amount of nitrogen,” he said.

The resultant cellulose carbamate is finally dissolved into liquid cellulose, which is wet-spun into Infinna.

The production process has been fine-tuned at two pilot facilities, in Espoo and Valkeakoski. Alava told that is has been important that the pilot facilities have been able to supply high-enough quantities of the fibre to allow clients to produce test collections.

Inditex, the owner of fashion giant Zara, revealed last month that it has signed an over 100-million-euro agreement to purchase a share of the commercial-scale facility’s output. Purchase agreements have been signed also by the likes of Bestseller, H&M Group and Patagonia.

“About 60 per cent of the facility’s output in the first five years has already been sold under binding agreements,” said Alava. “There are dozens if not hundreds of buyers lining up.”