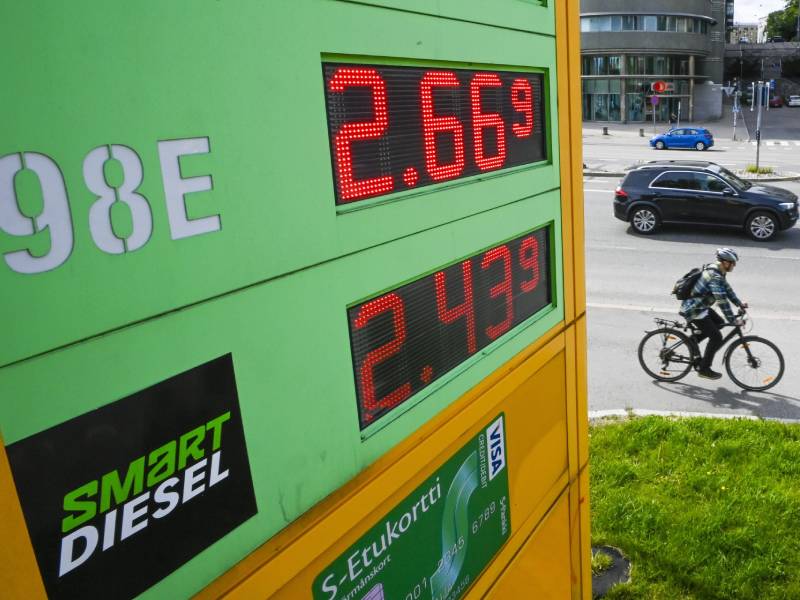 To consumers, the effects of Russia’s war in Ukraine have been evident especially at the pump, with the price of petrol and diesel rising to record-high levels in the first half of 2022. (Markku Ulander – Lehtikuva)

NEARLY THREE-QUARTERS (72%) of Finnish companies are considering raising prices either moderately (60%) or significantly (12%) in the coming four months due to cost increases caused by the Russian invasion of Ukraine, according to the Finland Chamber of Commerce.

A survey carried out by the trade advocacy suggests that companies in the most vulnerable position are energy-intensive companies and companies with some kind of ties to Russia.

“Russia’s war of aggression on Ukraine has hit a sore spot when it comes to price development as the inflationary situation was already challenging,” commented Juho Romakkaniemi, the CEO of Finland Chamber of Commerce.

The war, he pointed out, has raised the prices of several raw materials that were already high and thereby had a broad-based impact on business costs, as well as increasingly on consumer prices.

“Companies are having to transfer the increasing cost pressure to consumers.”

Romakkaniemi estimated that it is crucial to foster the investment environment to ensure companies can make the substantial energy investments they require to break their dependence on Russia. This would also make sure companies can cope with the change in the operational environment as well as possible without compromising their competitiveness.

More than a quarter (28%) of companies indicated that the war has complicated co-operation with foreign investors and partners moderately or significantly.

The open-ended questions of the survey highlight how polarised companies are in regards to the impact of the war and future outlook, according to Romakkaniemi. The impact has been modest on some companies but significant on companies with some kind of ties to Russia.

While many companies continue to have high growth expectations, he added, the situation can change “in the blink of an eye” due to accelerating inflation.

Nearly 2,000 companies from different sectors and regions in Finland responded to the survey on 6–8 June.