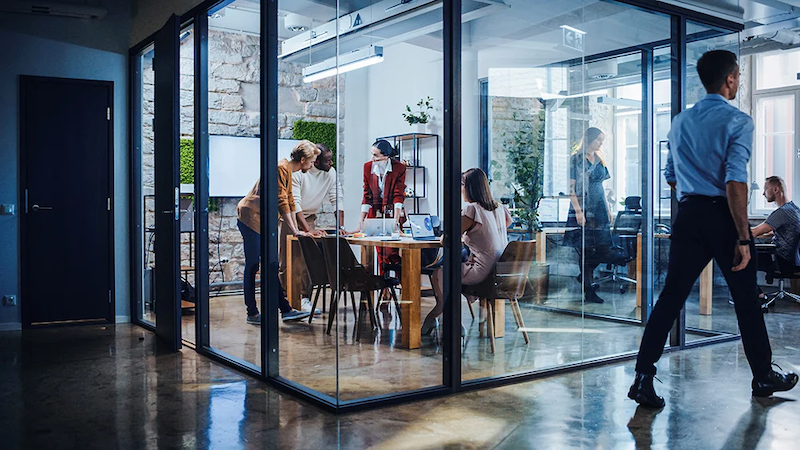 In recent years, startups have become familiar to Finns thanks to the Slush startup event and successful Finnish companies such as Rovio, Supercell and Wolt. For many, startup entrepreneurship appears to be a passionate, creative technology entrepreneur that is renewing the Finnish economy and entrepreneurship.

However, Henri Koskinen's dissertation in the field of sociology shows that startup entrepreneurship is a continuation of the change that has been going on in the Finnish economy and society for a long time.

In his research, Koskinen analyzes the meanings given to entrepreneurship in Finnish government programs from 1979 to 2015, in the entrepreneurial activities of Finnish universities, and in Finnish startup guidebooks and non-fiction books of the 2010s. The materials were analyzed to find out what kind of “ideal entrepreneur” the texts produce.

- In political discourse, with the 21st century, entrepreneurship no longer means a certain way of working, but has become part of the idea of producing economic growth through innovations. Growth entrepreneurship is given a major role. The ideal entrepreneur is starting to resemble an innovative startup entrepreneur, Koskinen says.

The background for this is Finland's transformation into a so-called knowledge economy in the late 20th century, which seeks to compete with high know-how, innovation and new technology.

In the knowledge economy, universities have been more closely integrated into national competitiveness, and in recent years, they have sought to promote entrepreneurship in many ways. For example, various business accelerators, incubators and communities have been established in connection with universities.

- Entrepreneurship is not just independent, disciplined work, but a relaxed and pleasant togetherness and buzz, Koskinen says.

At the same time, startup entrepreneurship is presented as a necessary direction in the new reality after the collapse of Nokia.

- Entrepreneurship in Finland is very fragmented, however. Entrepreneurship consists of farmers, the self-employed as well as many employers. The majority of Finnish companies are still one-person companies in traditional industries, Koskinen says.

There are few start-ups and the importance of startups in the labor market and the economy as a whole is much lower than their public visibility. It is therefore important to look critically at what is meant by entrepreneurship in a given context and what goals it is used to pursue.

- To put it bluntly, it can be said that when entrepreneurship is promoted in celebratory speeches, it does not mean that you want more taxi drivers or hairdressers, Koskinen says.

Henri Koskinen, M.Sc., presents his dissertation “Towards startup-Finland? The Shifting Meanings of Entrepreneurship in Post-industrial Finland” for public inspection at the University of Turku on Saturday, May 14, 2022 at 12 noon (University of Turku, Publicum, Pub 1 lecture hall, Assistentinkatu 7, Turku). The dissertation can also be followed remotely here.

The University of Turku actively monitors the coronavirus situation and the instructions of the authorities. The university will update its guidelines as needed. Instructions and links can be found at: utu.fi/koronavirus