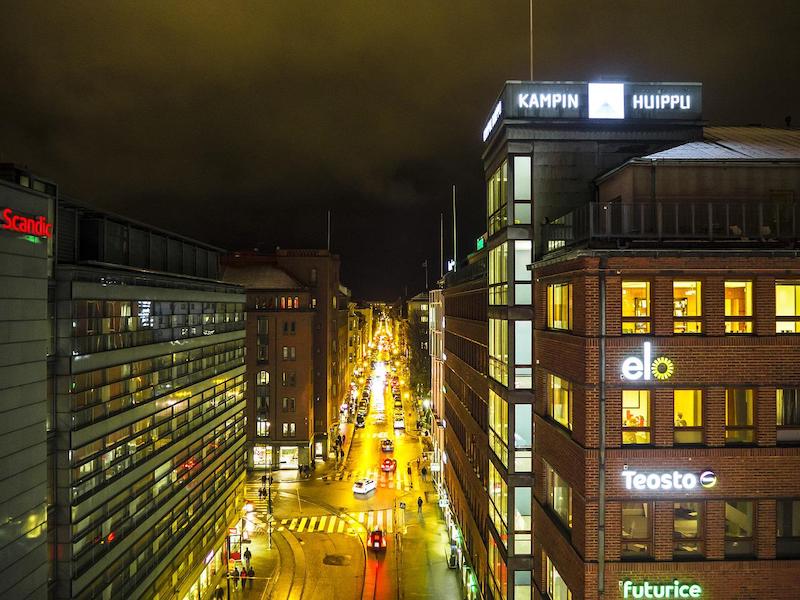 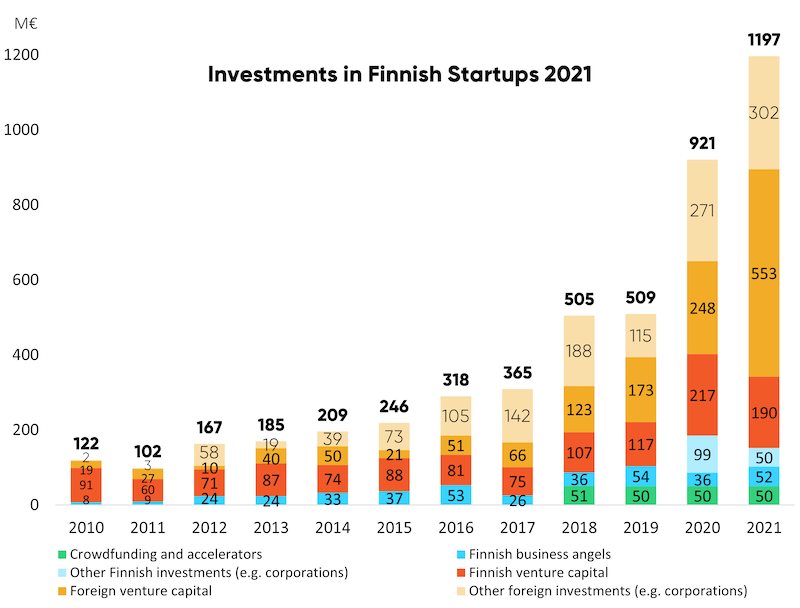 The largest funding rounds were raised by Wolt, Aiven, and Oura. These companies are now unicorns, meaning they are among startups valued over 1 billion dollars.

According to Janne Holmia, partner at the international private equity fund Verdane and chairperson of the board at FVCA: ''Finnish startup field has become more diverse during the last couple of years. Previously a major part of startups provided services for other companies, but recently the best consumer service companies have enjoyed massive growth rates. Wolt and Swappie are good examples of these types of companies.''

The Finnish venture capital field has become more advanced and ambitious, and it has broadened its scope to foreign markets. Finnish venture capital investors have invested a historical amount of 294 million euros to Finnish and foreign startups in 2021. Especially seed-stage startups received a record setting 52 million in funding, meaning a 79 percent increase.

According to Santavirta: ''Seed-stage investments by Finnish venture capital investors have almost doubled in a year. These investments create possibilities for new success stories.''

Thanks to successful fundraising in recent years, the total assets managed by Finnish venture capital investors have risen to nearly 2 billion. Though a portion has already been invested in various startups, 935 million euros are still available for new investments.

''Successful fundraising is explained by many factors: Finnish funds have become larger in scale, investment activities have become more international, fund returns have been excellent, and we have witnessed numerous success stories in the technology sector. The success of Finnish venture capital funds is enticing to more and more fund investors'', Santavirta continues.

During recent years, six Finnish funds have crossed the 100 million threshold, which is only the average fund size in context of European venture capital funds. In addition, there have been newly founded sector specific funds, such as FOV Ventures that's solely focused on the metaverse, Nordic FoodTech VC focuses on food technology, Sparkminds.vc focuses on educational technology and Voima Ventures focuses on deep tech.

''So far ten unicorns, startups that have broken the one billion dollar threshold, have been raised in Finland. These include Wolt, Aiven, Relex and the newest being Oura. Nearly all of these companies have had venture capital investors to support their growth. A larger and more diverse group of investors undoubtedly have better possibilities of supporting the next round of cutting edge startup ideas that have the potential to grow into future market leaders'', concludes Santavirta.