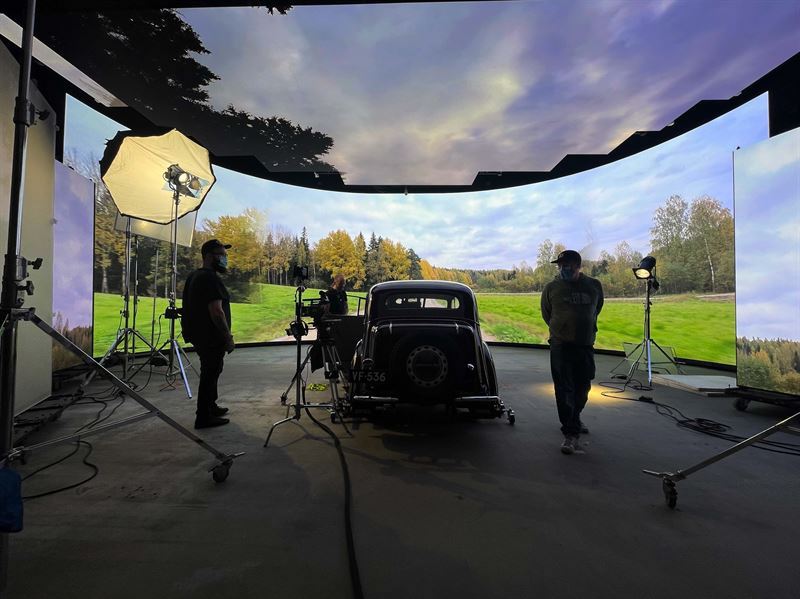 Finland is currently building an exceptional Growth Deal for the audiovisual industry, which brings together public and private sector actors to accelerate the industry's growth. Launched by the Ministry of Employment and the Economy and the Ministry of Education and Culture, the Growth Deal involves a wide range of companies in the sector and the Finnish Film Foundation and Business Finland, which coordinates Finland's national production incentive.

A shared view across the industry is that Finland can grow and add value to the global ecosystem.

Finland's audiovisual industry has grown and internationalized rapidly during the past five years. According to a study made by VTT Technical Research Centre of Finland for Business Finland in December 2021, the turnover of Finnish production companies increased by more than 40 percent in the period 2016–2019.* The study found that their activities have also become significantly more international. Revenues from exports to the EU increased by 97%, from EUR 21.6 million to EUR 43 million in 2016–2019. At the same time, import expenditure increased by 102%, from 21.6 million to 43 million. Internationalization has created the conditions for the industry's growth, which has also had a positive impact in terms of the number of personnel employed by the companies examined in the study.

The global transformation of the television and film market is visible in Finnish productions. Streaming services are opening up new distribution channels, and more financing is now available. Both the production processes and the skills required are also changing. Managed by Business Finland, Finland's 25% production incentive has played a significant role in increasing the production budgets and the sales of international co-productions and production services. Finland also offers regional incentives. The combination of national and regional support can enable up to a 40% incentive for a production. In addition, domestic private investors have become interested in the Finnish audiovisual industry during the past five years. They are interested in investing in high-quality domestic and foreign productions.

"Finland has stepped up as a production country and gained a strong foothold. Encouraging examples of internationally successful Finnish productions include the crime drama series Bordertown (Sorjonen) and Deadwind (Karppi) and the films Hatching (Pahanhautoja), Girl Picture (Tytöt tytöt tytöt), and Tove," says Hanna Vuorinen, Head of Audiovisual Promotion at Business Finland. "The industry is motivated to invest in partnerships with the international players. By investing in education and sustainable development in the industry, we can continue the good growth that we have achieved."

Success comes from working together

The Growth Deal project was preceded by comprehensive ecosystem mapping work. Fleshing out the deal will begin on April 20 with a joint event in Helsinki, where Warner Discovery, Viaplay, and the regional channels, among others, will be looking towards the future together.

"The Growth Deal is a new model for dialogue and cooperation between the public sector and the business community that takes full account of the different dimensions of the industry. The Growth Deal aims to support the growth and internationalization of companies in the sector through practical measures. This joint work will lead to future success," says Lasse Saarinen, Executive Director of the Finnish Film Foundation.

* The turnover of the production companies was EUR 309 million in 2016 -> EUR 441 million in 2019. The survey was limited to APFI member companies and those companies in the TOL classification 5911 and 5912 with an average turnover of more than 50,000 euros. For 2019, the report examined the financial figures of 754 companies. The official TOL classification is problematic in regard to the audiovisual industry, which can also be analyzed using a different definition.