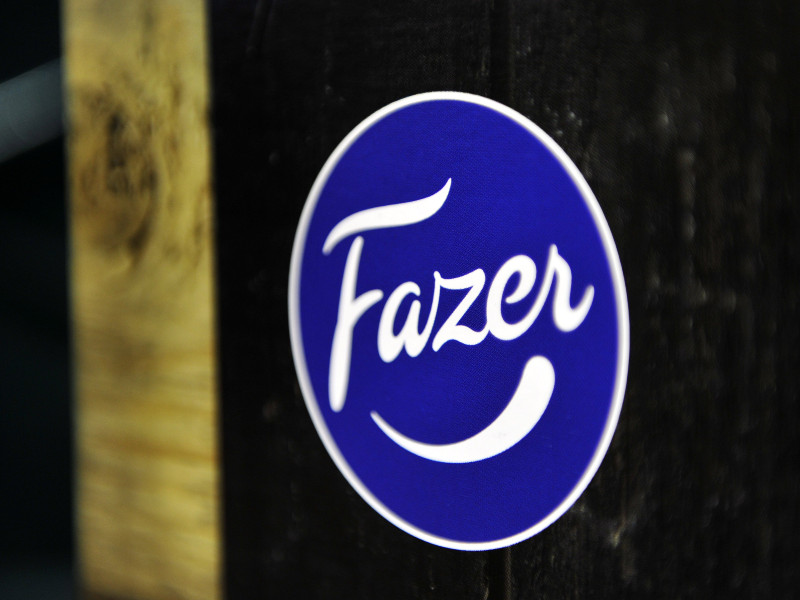 Fazer is the latest major Finnish company to announce its exit from Russia. The company operates three bakeries in St. Petersburg and one in Moscow, employing a total of 2,300 people. (Emmi Tulokas – Lehtikuva)

NUMEROUS Finnish companies have limited, suspended or discontinued their operations in Russia in response to President Vladimir Putin’s war in Ukraine.

Fazer on Monday announced it has decided to discontinue all operations in Russia. The Finnish food company employs roughly 2,300 people at its three bakeries in St. Petersburg and one in Moscow. Its Russian operations have generated about 157 million euros in revenue, making up 13 per cent of its total revenue.

“We see no other solution than to exit Russia,” said Christoph Vitzthum, the CEO of Fazer Group.

“Russia’s attack on Ukraine is an act of aggression which has tragic consequences across the region.  We have several stakeholders and severe consequences to take into consideration, which has not allowed us to exit as we would have wished for. We have worked relentlessly and as fast as possible, taking possible risks and threats into consideration.”

The exit will be carried out with due consideration to employees and local laws, the company assured. Fazer has previously announced the suspension of exports to Russia.

S Group on Friday announced it has decided to pull the plug on its operations in the country. The Finnish retail cooperative employs around 1,000 people at its 16 Prisma hypermarkets and three Sokos hotels in St. Petersburg.

The retailer reported revenue of 9.1 billion roubles in Russia in 2020, making it the eighth largest Finnish company in Russia, according to YLE. It has also removed all Russian products from the shelves of its grocery shops in Finland.

Many large Finnish companies are continuing their operations at a limited capacity in the war-waging country while condemning the military aggression in Finland. Fortum on Thursday announced it will freeze new investments but not withdraw from Russia, where it employs 7,000 people at 12 power plants operated in collaboration with its German subsidiary, Uniper.

Markus Rauramo, the CEO of Fortum, told YLE that he is dismayed and saddened by the actions of Russia, estimating that the invasion will have far-reaching ramifications for relations between Russia and Europe.

“We can’t stop producing heat and electricity for people, it’s our duty to [continue],” he explained to the public broadcasting company.

Nokian Tyres has revealed that its board of directors has withdrawn its financial guidance for this year due to “significant uncertainty” related to Russia.

The tyre manufacturer said it has activated its contingency plans to mitigate the effects of the uncertainty on its business by, for example, shipping tyres closer to customers and transferring production of select key product lines from Russia to Finland or the US. Russia accounts for about 80 per cent of the company’s annual production, according to CEO Jukka Moisio.

The process of transferring the production of certain product families, it added, began before the current crisis and covers products more important for markets outside Russia.

YIT on Wednesday stated that it will accelerate the strategic review of its operations in Russia, adding that will not make investments in plots or break ground on new residential projects while the review is ongoing. The Finnish construction company has generated roughly seven per cent of its revenue in Russia.

“The Russian military attack has led to great human distress and suffering in Ukraine, and our sympathy is with the Ukrainian people,” stated Markku Moilanen, the CEO of YIT. “We are deeply shocked by these events.”

UPM and Metso Outotec announced last week they are suspending their deliveries to Russia. The decision is significant particularly for the latter, as the technology provider has derived about 10 per cent of its annual sales from Russia. Metsä Group, in turn, revealed it has suspended the operations of its only production unit in Russia, the Svir sawmill, and the procurement of wood in the country for not only the sawmill, but also its mills in Finland and Sweden.

Stora Enso, which has derived about three per cent of its revenue from Russia, announced last week it is suspending all production and sales in the country indefinitely due to the “unacceptable” war in Ukraine.

“The war in Ukraine is unacceptable and we are fully behind all sanctions,” said Annica Bresky, the CEO of Stora Enso.

Valio has announced the immediate suspension of exports but stopped short of commenting on its production facilities in Russia. The exports account for only about 0.2 per cent of the dairy company's revenue, as some 95 per cent of its products sold in Russia are made in Russia.

“We’re monitoring the situation carefully and we’re ready to make different decisions based on how the situation unfolds. We’re actively monitoring political decision-makers’ assessments and decisions regarding the situation, and we’ve prepared various scenarios and operating models linked to them,” Elli Siltala, an executive vice president at Valio, told YLE on Thursday.

Also Russian products have been boycotted in Finland. Alko has announced it has taken Russian vodka off its shelves, whereas motorists have boycotted the service stations of Teboil, a distributor owned by Russia’s Lukoil.

Lauri Veijalainen of East Office, a company promoting trade in Russia and Ukraine, reminded Kauppalehti on Saturday that Russia has adopted counter-sanctions that make it difficult for foreign companies to pull out of the country.

“A company’s local management and at worst even its board of directors and owners may face serious legal consequences for discontinuing operations. This applies especially to companies with production or activity on their own premises in Russia,” he commented to the commerce-oriented newspaper.

“Companies have effectively three options: to continue their operations, hand over their shareholdings to a Russian company or discontinue operations. Discontinuation can be interpreted as deliberate bankruptcy.”

Andrey Belousov, the first deputy prime minister of Russia, on Friday stated that companies domiciled in countries that have imposed sanctions will only be permitted to continue their business in Russia if they provide full support and supplies to their Russian subsidiaries. Investors will also be given the option to transfer their holdings and ventures to appointed Russian business leaders, with the possibility to re-claim their assets once the sanctions are removed, he said according to the Russian News Agency TASS.

Investors that outright leave the country, he warned, will be ruled to have pushed their subsidiaries into “deliberate bankruptcy”, a status that may entail administrative or even criminal liability under Russian insolvency laws.

Criminal liability is triggered by actions prohibited under the act, which include deliberate bankruptcy, that cause at least 1.5 million roubles in damage.