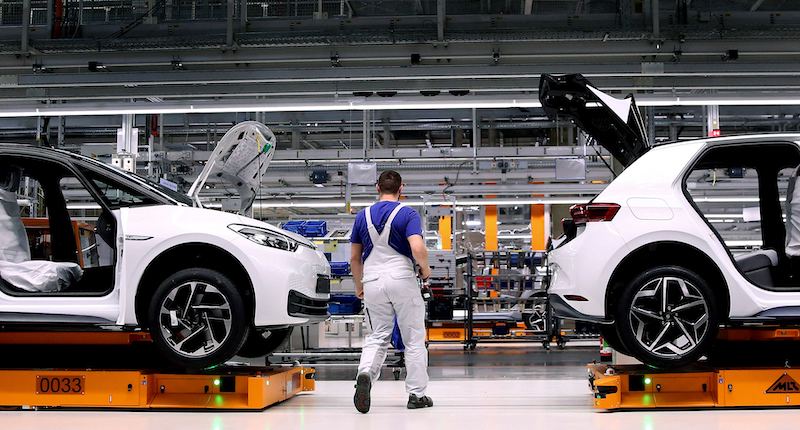 Almost one in seven companies (14.0 percent) feel that the consequences of the pandemic threaten their survival. This is the finding of an ifo Institute survey conducted in December. Compared to the previous survey in June 2021, this proportion has remained unchanged.

“A feeling of being at risk is particularly prevalent among travel agencies and tour operators, at 73.2 percent, as well as companies in the event industry, at 67.4 percent,” says Klaus Wohlrabe, Head of Surveys at ifo.

In retail, 17.1 percent of companies spoke of a situation threatening their survival in December (June: 14.4 percent). “This is also a consequence of consumer restraint,” Wohlrabe says.
In hospitality, the situation remains critical with more than half of the businesses feeling their existence is threatened: 52.5 percent of restaurants and catering businesses reported this to be the case (June: 55.4 percent). In the accommodation industry, the figure was 58.8 percent, up from 52.1 percent in June.

In manufacturing, only 5.7 percent of companies consider their survival threatened. As in June, the clothing industry is the most affected here (21.3 percent, down from 32.6 percent in June), as well as printing companies (21.3 percent). 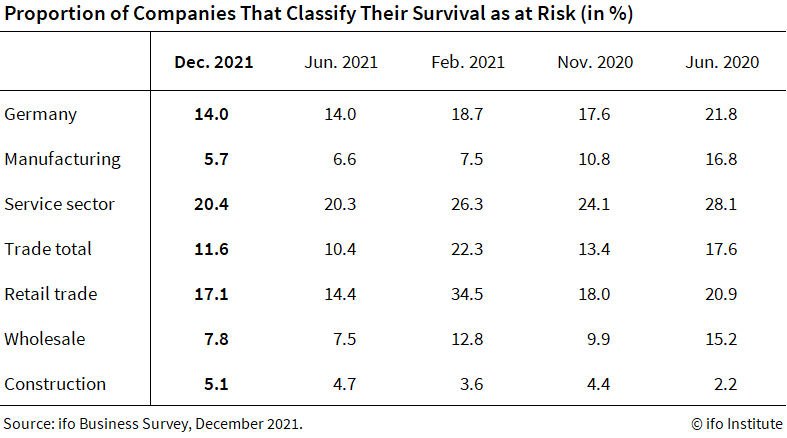