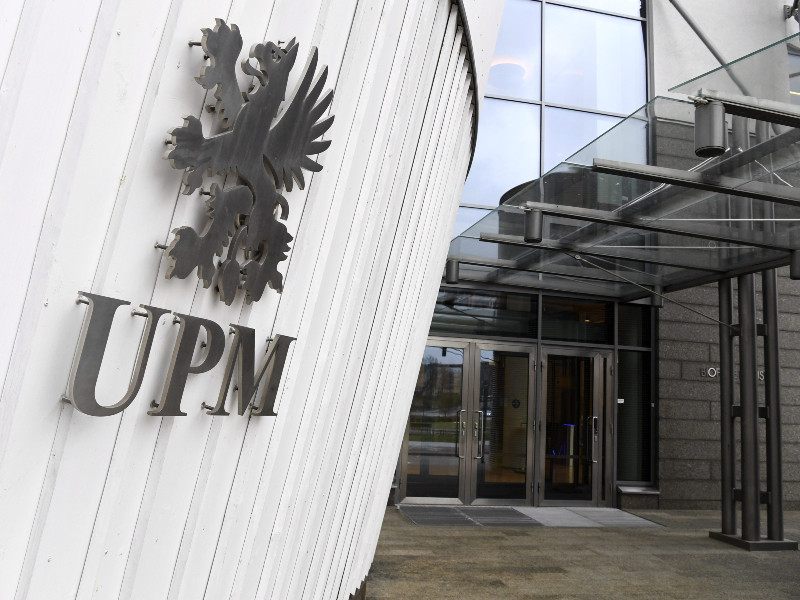 The headquarters of UPM in Helsinki on 26 October 2021. (Jussi Nukari – Lehtikuva)

TRADE UNION PRO has announced its readiness to organise a three-week strike in order to break through the gridlock in its labour dispute with UPM, a forest industry giant headquartered in Helsinki, Finland.

The strike is scheduled to begin on New Year’s Day.

Trade Union Pro on Friday said UPM has turned down all of its invitations to resume the negotiations, meaning salaried employees will be left without a mutual agreement on the terms and conditions of employment, wage base and wage increases at the turn of the year. UPM, it added, has also shown no willingness to honour the old terms and conditions of employment after the current agreement expires but intends to shift to unilaterally defined terms as of January.

“This was announced as early as in February, but it remains unclear for most salaried employees what their wages will be next year. Most of the work-related remunerations in the collective bargaining agreement are open, the wage base has not been clarified and wage increases have not been promised,” listed Jorma Malinen, the chairperson at Trade Union Pro.

“It is likely that the total earnings of many salaried employees will decrease.”

Also the Paperworkers’ Union has warned that roughly 2,200 of its members are prepared to stage a three-week work stoppage unless a new collective bargaining agreement is reached. Petri Vanhala, the chairperson of the Paperworkers’ Union, told YLE last week that the employer has demonstrated a “strong urge” to undercut the collective bargaining agreement.

UPM, by contrast, has sought to thrash out a separate bargaining agreement for each of its five business areas, pointing to the “marked” differences in the markets, products and operating environments of the areas.

“The over 50-year-old collective bargaining agreement in the paper industry does not correspond with the demands of contemporary working life or guarantee competitiveness in the completely new operating environment for paper and pulp business,” it said in a press release issued in August.