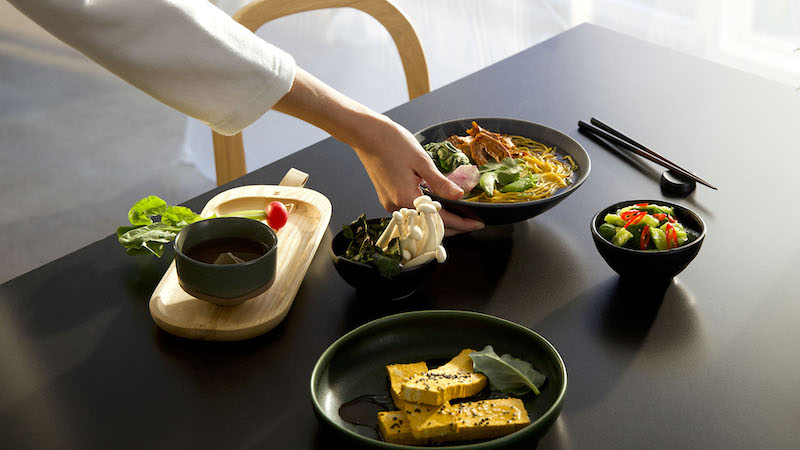 Solar Foods was one of the winners of the Deep Space Food Challenge with their SoleinⓇ-producing technology. The challenge, organized by NASA and the Canadian Space Agency, looks for new solutions to feed astronauts on long space missions. Solar Foods estimates a working application to grow Solein in space could be a matter of years, not decades.

The winners of Phase 1 of the Deep Space Food Challenge were announced on October 21. The challenge, launched in January by NASA and their Canadian counterpart organization CSA, seeks innovations to feed astronauts on long space missions. Finnish foodtech company Solar Foods entered the challenge with their innovative technology that produces SoleinⓇ, a novel protein grown using electricity and air.

NASA and CSA awarded 28 innovative foodtech companies from around the world. Solar Foods' solution was seen as highly inspiring by the space agencies and the challenge judges: Solar Foods was one of three European winners in the international category, and one of just two entries from outside of the US to receive a special $25,000 prize for exceptional innovation.

The Deep Space Food Challenge set three important requirements for the potential space foods of the future: they should be safe, require minimal resources to produce, and result in minimal waste. All competing foods were evaluated also on their nutritional value and taste, important qualities for any food to become a diet staple for long-duration space missions.

Daniel Rotko is Solar Foods' former Specialist in Space Applications with a Master's Degree from the International Space University in Strasbourg. He describes how an astronaut's diet is extensively tailored by a team of experts.

"Chefs prepare meals palatable for the astronaut. Then experts evaluate the food's nutrient balance and examine if it's light enough to be cost-efficient. Sending a kilogram of food into space costs up to €20,000 and there are no refrigerators up there", he explains. "Thus, space food has to be light-weight with a long shelf life. Astronauts receive care packages with fresh food from their families, but that's mostly to support psychological well-being and is a minimal part of their entire diet. Typical meals in space are dry food: water is added at preparation, sort of like with instant porridge or military MREs."

Rotko sees potential in Solar Foods to solve the weight question. A Solein production unit of the right size and output could grow food out of the bacteria of the organic waste created on missions.

"This would help save resources that now go to maintaining the food supply. Generating food mid-mission would free new room for more astronauts, equipment and other necessities."

The Deep Space Food Challenge set clear specifications for the dimensions and power of any potential food-producing units. Some of these specifications were that the unit should be less than 2m3 in volume, pass through a doorway 1.07m wide and 1.9m tall, and fit in a room the size of 1.829m X 2.438m X 2.591m; the power should have a maximum draw of 3,000 watts and an average draw of ca. 1,500 watts.

Solar Foods' proposed Solein production unit for space would be housed in a cabinet measuring 72x162x56cm. It has an average draw of 1,500 watts and is designed for a crew of six. Juha-Pekka Pitkänen, Chief Technology Officer of Solar Foods, estimates that fully designing and building a unit like this for space applications would take 3-4 years.

"Most of the work would focus on minimizing weight", he explains. "Building the unit would take about a year and it would weigh ca. 150kg, including the water used in the bioprocess."

Solein production units on Earth use steel parts; a space-bound version would use lighter materials to minimize costs. Slimming the unit by 50kg would make it $1M cheaper to send into space. After that, the focus would be on extensive testing: making sure the unit endures the stresses of space travel, functions reliably, and maintains an autonomous bioprocess.

"It is a huge honor for us that our technology is recognized this way and that our solution can inspire the great minds at NASA and CSA", Pitkänen says. "We are first and foremost committed to helping solve food challenges on Earth, but the Deep Space Food Challenge is a great test for our technology. If we can grow Solein in an environment as challenging as space, then we can also grow it anywhere on Earth."