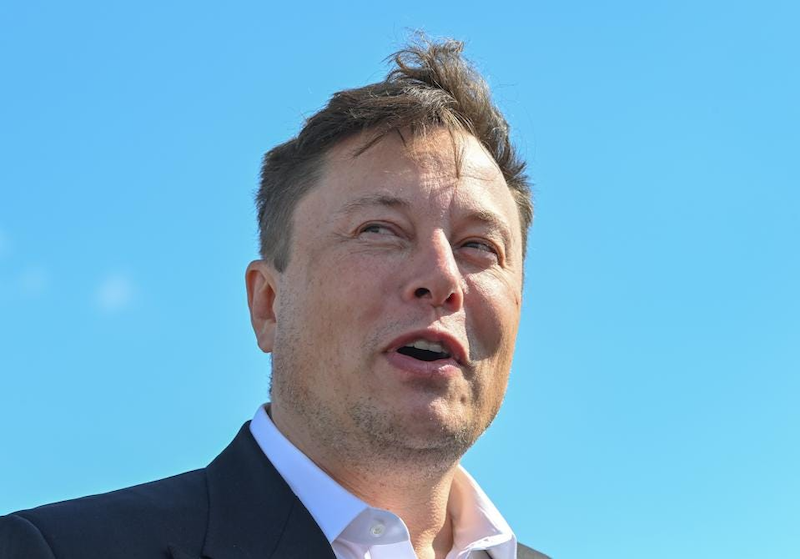 Just like the Blackjack and sports universe, last month Elon Musk's week started off to a great start. In the space of just one day, the Tesla and SpaceX founder added more than $25 billion to his net worth after shares of his company surged, pushing him higher in the ranks of the world's richest people.

The 50-year-old Jewish South African-Canadian is now worth $255.8 billion, according to Forbes' real-time ranking of the world's billionaires. That makes him richer than Google co-founder Larry Page, and Mark Zuckerberg combined.

Hertz announced last month, that it plans to buy a total of 100,000 vehicles from Tesla Inc. starting November. Hertz said that the program would boost Hertz's overall fleet of premium vehicles by more than 20%, mainly with long-range electric cars from Tesla's Model 3 sedans. It would cost a whopping $25 billion to make this outright purchase.

"We're more than excited to work with Tesla," said Mark P. Frissora, Hertz chairman and chief executive officer. "We believe electric vehicles will be increasingly important in the future of mobility as the world focuses on pollution reduction and energy sustainability."

Musk is currently the richest he's ever been and likely the richest person to ever walk the planet. Other billionaires have been richer at different times. As a co-founder of the company that brought us the Tesla electric sedan, Tesla Motors CEO Elon Musk can thank much of his wealth to his 241 million stakes in the company. In addition to boosting investor confidence in the firm, it has raised its profile with consumers, turning it from a niche manufacturer into a serious carmaker.

Tesla Inc. closed after the Herz news at about $978 per share, which made it the most valuable U.S. car company—more valuable than General Motors, Ford Motor Co., and Fiat Chrysler Automobiles (when their shares are converted into the number of shares of Tesla common stock they would command). The stock price has been up almost 33% since the year began, and enough to give Tesla a $968 billion market capitalization. By next Monday 4 p.m., Tesla's market capitalization exceeded $1 trillion; the stock closed at $1,024.86 apiece, up 12.6% in one day.

The company's valuation has swelled over the past year as it races against Amazon Inc., Alphabet Inc.'s Waymo, Apple Inc. and others to develop self-driving vehicles for the masses. Tesla's stock has risen more than fivefold since its 2010 initial public offering, fueled by Musk's ambitious plans for expansion, including the exploration company, Space X. The company was recently valued at $74 billion following a major funding round early this year. Space X's shares have recently traded at $100 billion on the secondary market.

Musk, who has worked primarily as an engineer and visionary on projects that gave birth to previously unheard-of ideas and companies, is now something of a celebrity. He has also proven willing to take on the establishment by fiercely attacking short-sellers, investors who bet against his companies, in Twitter comments.

This has been the year of Elon Musk. The Tesla and SpaceX entrepreneur passed Jeff Bezos to become the richest person in September. At the time, he joked to Forbes about sending a silver medal to the Amazon founder and rival space billionaire. "Jeff deserves credit for his vision and execution," Musk told Forbes when he was ranked number two on Forbes' annual list of The World's Billionaires.

Jeff Bezos has some catching up to do. The Amazon founder's fortune was down $1 billion on Monday compared to Friday, as Amazon's stock faltered ahead of the third-quarter earnings report. The Hertz deal is the largest-ever order for electric vehicles (100,000), and it will bring about $4.2 billion in revenue to Tesla, according to Bloomberg. In addition to the new orders, Hertz will also retrofit its existing fleet of vehicles to accept Tesla's charging equipment.

The company announced later that Hertz is partnering with Tesla to add thousands of its all-electric Model 3 cars to the rental fleet. The news comes just after the rental company was bought out of bankruptcy just months after it started to rent out Ford Model T cars. According to a recent press release, Hertz hints that Tesla's Model 3 will be available to rent in the U.S. and Europe by early November. Hertz's stock also rose to $27 a share after the bold move.