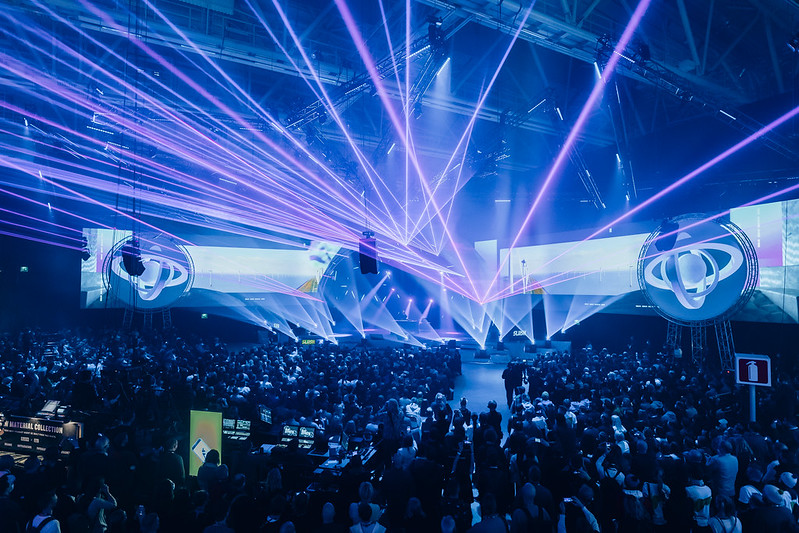 Slush 2021 was held as a hybrid event in Messukeskus on the 1st and 2nd of December after a gap year due to the coronavirus pandemic. The constricted event attracted roughly 8000 attendees consisting of startups, investors, media, and attendees from all over the world.

The innovators and entrepreneurs at Slush are known to have brought interesting inventions to the market year after year. Despite the special circumstances, this year was no exception. Helsinki got to see an array of new products and solutions from various technology and business fields. Here are four interesting the startups to keep an eye on:

Sensible4 is tackling the challenges of developing a self-driving vehicle in a country like Finland, where the weather doesn’t co-operate with a sensor system. When mapping out the surroundings, the sensors have to filter out noise like heavy snow or rain among others. Of course at the same time, the main focus should still be detecting and reacting to real obstacles in order to be safe.

Sensible4 has developed a software that solves these problems, and can be used in a self-driving vehicle. The vehicles can be utilised as transportation for areas where it’s not profitable to hire human drivers, but where more frequent rides are needed.

The company launched an autonomous shuttle bus at Slush in collaboration with a German vehicle manufacturing company MOOVE. Trials with the automated bus called PeopleMover will take place in February 2022 in Aachen, Germany.

At the moment, the vehicles still require a safety driver who can take over and drive manually if needed, but in the future multiple vehicles can be supervised by one person from a remote location. The vehicles are electric and have the potential to make public transport more efficient, cost-effective and sustainable.

Starship robots are advanced electronically powered devices that can carry items within a 6km radius at a pedestrian speed. They navigate around objects and people and weigh no more than 45 kg for a safe and secure delivery.

Parcels, groceries and food are directly delivered from stores, at the time that the customer requests via a mobile app. Once ordered the robots’ entire journey and location can be monitored on a smartphone. Although the concept is good and can make companies like Wolt redundant, there are still many challenges to overcome. In a country like Finland where half of the year sidewalks are difficult to traverse even for people, robots will have a hard time navigating piles of snow.

VitalSigns is an early-stage startup based in Finland, that is bringing the stethoscope to the modern age. The concept was developed in Aalto University for the last 3 years and will spin-off as a startup in a couple of months.

The stethoscope is the most used medical device and almost the symbol of doctors, although it was invented 200 years ago. Most doctors are still using the Littmann’s analogue stethoscope which was a 1960s update of the old stethoscope. The only development has been the electronic version, which came to market in the 2000s, but never became popular as it did not bring much added value. Examinations done by the traditional stethoscope are error-prone and time consuming. Additionally, the results have to be documented manually in text format, so the next doctor has to rely on the previous colleague's report and has no way of hearing the sounds for him or herself.

VitalSigns aims to revolutionise doctor's visits with a new “space age” stethoscope that detects heart and lung sounds and uses artificial intelligence to analyse them. But this is not all, the same device measures several other biosignals, such as temperature, oxygen saturation, pulse, ECG, respiratory rate and even blood pressure, and analyses all individually and together with algorithms and AI. The device then documents all of these, including the original sound clips, into patient files and compares them to previous results.

The startup has also a developing country version in the pipeline, that works on solar power and can detect and diagnose children's pneumonia on the spot using a built-in algorithm. The disease is causing the death of around 1 million under five-year-old kids in developing countries, mainly due to lack of access to diagnosis and health care.

IQM is working with VTT to harness the collective properties of quantum states in order to build Finland’s first quantum computer.

Quantum computers have the potential to outperform classical computers in speed and problem-solving abilities. Their development is complex and not yet complete, and IQM is one of the companies trying to find new solutions.

Quantum circuit computers are based on quantum bits (qubits), that can be in a quantum state of 1 or 0. Qubits have the ability to be in a superposition of the 1 and 0 states, but when measured, are always either 1 or 0. This is because the sensitivity of the qubits makes it difficult to maintain their quantum states when trying to measure them.

There are still many other obstacles in developing useful quantum computers, and it is hard to estimate when the first perfectly functioning Quantum computers will hit the market. IQM recently received €39 million in series A funding, raising the total amount of funding to €71 million.