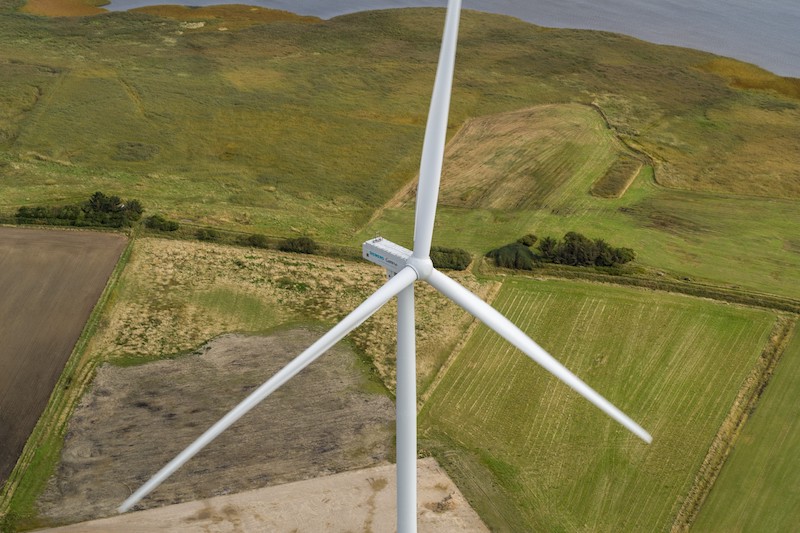 The SG 6-6-170 prototype is now installed in Osterild, Denmark

Siemens Gamesa has struck a 455MW deal with Swedish developer OX2 to supply its leading Siemens Gamesa 5.X platform to the Lestijärvi site for what will be Finland's largest ever wind farm helping the country to take a giant leap in its energy transition.

The wind project will deploy 69 of the SG 6.6-170 turbines to be installed in 2024 at the site in Central Ostrobothnia. The wind turbines are equipped with a 170-meter rotor and 6.6 MW generator providing one of the lowest Levelized Cost of Energy (LCoE) in the industry.

This is the second Finnish site that will use the Siemens Gamesa 5.X following an 81MW deal signed for the SG 6.6-155 variant in early 2021. Lestijärvi will also be the largest ever wind farm in the country by installed capacity and when completed its annual energy production will be about 1.3 terawatt hours, equivalent to around two percent of Finland's total electricity production.

The wind farm will also be covered by a 35-year full scope service agreement assuring the turbines operate at their maximum capacity over their lifetime. A total of 64 turbines will sit on 155-meter towers, and the other five will use 145-meter towers.

"This contract marks an important step for the Siemens Gamesa 5.X platform in Finland. Working with long-standing partner OX2 we are helping the country to take giant strides in its energy transition by providing one of the lowest LCoE across the industry. The Nordics are again showing strong appetite to use leading technology to provide competitive green energy," said Lars Bondo Krogsgaard, CEO of Siemens Gamesa's Onshore business unit.

Indeed, according to the Finnish Wind Power Association, Finland plans to install 30 TWh of wind capacity by 2030, which would provide around 30 percent of the country's electricity demand, up from around 7 percent at the end of 2019.

"We are happy to continue our long-standing relationship with Siemens Gamesa on this flagship project in Finland. The selected turbines allow us to utilize the area's full potential in an optimal way, providing significant long-term volumes of cost competitive green electricity to the Nordic energy mix," said Paul Stormoen, CEO at OX2.