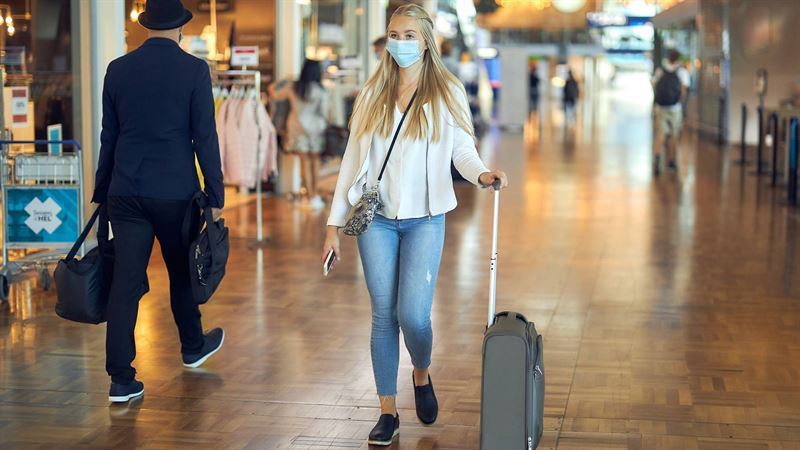 Airline seat capacity and flight reservation data can be analyzed to assess the outlook for international travel to Finland this coming winter. Airline seat capacity is expected to drop by a third from the winter before the pandemic. However, flight reservations from Spain already exceed previous figures, while those from France and the USA are nearing pre-pandemic levels.

In June, July, and August, the seat capacity on direct flights to Finland was nearly 80 percent lower than in the summers before the pandemic. The capacity has gradually improved over the fall, but in the coming winter season, it will nevertheless remain one-third short of the pre-pandemic winter.

– Flight capacity has recovered slightly faster in our neighboring countries, Sweden and Norway, which are looking at figures around one-fourth lower than in the winter preceding the pandemic. By far the most positive development is seen in flight connections from the USA, and this winter, capacity from the country will nearly double from the pre-pandemic winter, says Susanne Heikkinen, Analyst at Visit Finland.

Concerning European countries, the most positive development in flight capacity is taking place in France. Air France restarted flights from Paris to Helsinki this summer and will also operate direct flights from Paris to Rovaniemi in the winter. With Ryanair also initiating two weekly flights between the Paris Beauvais-Tillé airport and Helsinki in early November, the winter flight capacity from France to Finland is nearly equal to that of the pre-pandemic winter.

Seat capacity as such does not explain how many passengers will be arriving in Finland, but rather indicates which markets now show an interest in travel to Finland and have the opportunity to do so. As concerns Visit Finland's target destinations*, most of the flight reservations for the winter are being made in Germany and the United Kingdom, but the volumes are clearly smaller than before the pandemic. Flight reservations from Spain already exceed the figures for the winter preceding the pandemic, while those from France and the USA are nearing pre-pandemic levels. Notable changes have also been observed in passenger behavior.

– Flight reservations are now made closer to the time of travel due to uncertainties related to restrictions and the overall situation. More reservations are made on the airlines' own websites compared to other channels, since travelers find it easier to deal directly with the airline in the event of cancellations, says Heikkinen.

Air travel is now mostly about vacation or visits with family and friends; there is still very little business travel.

– The data on seat capacity and flight reservations is only one part of the overall picture, as a lot of travel also takes place by road and sea. However, by comparing the data with that for previous years, we can get a reasonably good picture of the current situation, says Heikkinen.