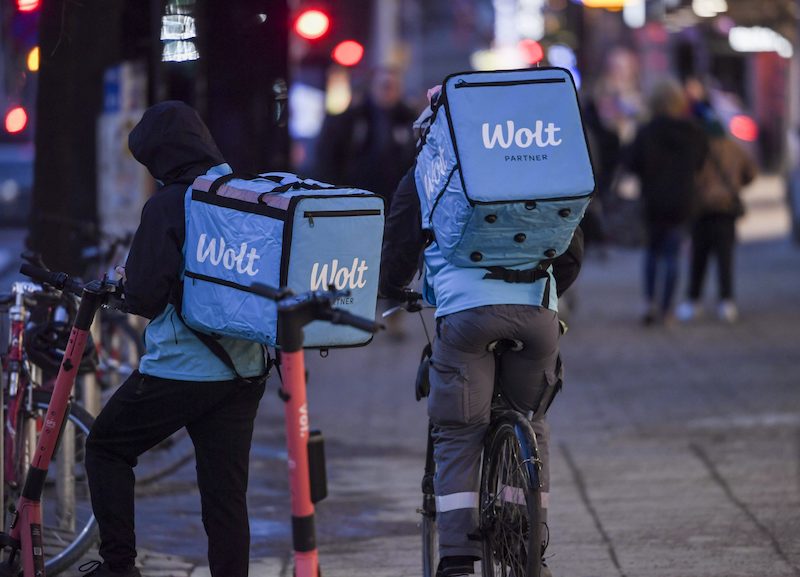 Finnish startups raised a record-breaking amount of venture capital investments from domestic and foreign investors in the first half of 2021 – the total amount of last year's investments has already been exceeded in the early part of the year alone. The good fundraising years of Finnish venture capital funds indicates that further growth in investment activity is on the horizon. 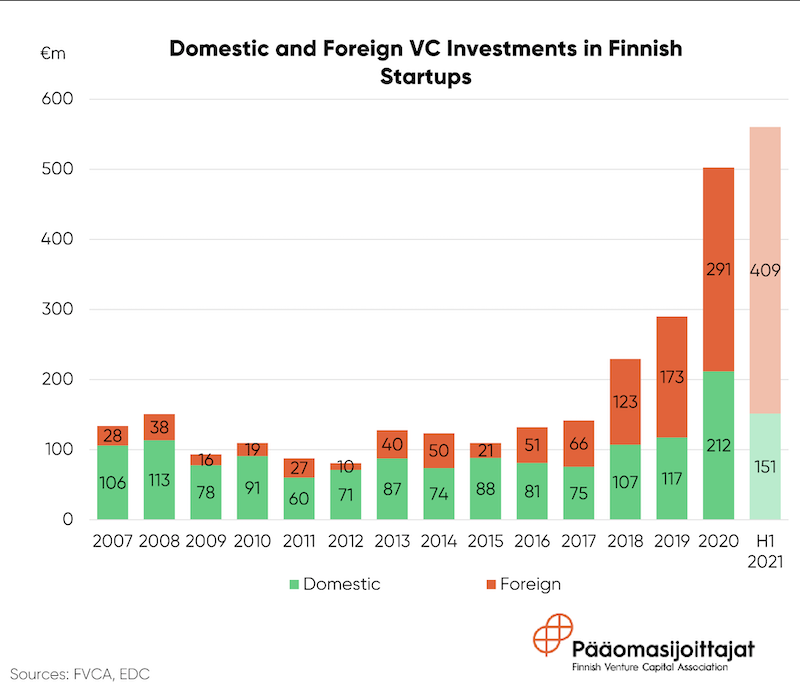 This year also looks excellent in terms of overall startup funding. Last year, the total amount of funding raised by Finnish startups nearly hit the billion euro mark. More than half of this amount, €503 million, came from venture capital investors. In the first half of 2021, domestic and foreign venture capital investors invested a record amount of €560 million in Finnish startups, meaning that the investments made in the first six months alone exceed the total amount of last year.

Of the venture capital investments received by startups, €151 million came from Finnish investors and €409 million from foreign investors.

"Wolt's funding round from January – the largest round ever raised by a Finnish startup – and the sizable rounds raised by Aiven and Oura, for example, explain the amount of funding coming from international investors. Finnish investors have been involved in financing these top companies since their onset, and together with international investors they often also participate in the larger rounds that follow," says Pia Santavirta, Managing Director of the Finnish Venture Capital Association (FVCA).

"Nearly 800 million euro has been raised into Finnish venture capital funds in the past few years. That is great news, as it means that even more promising startups are getting funding and help for their growth path," Santavirta continues.

Finnish venture capital investors have broken records during the first half of this year by investing a total of €196 million in 136 domestic and foreign startups. Record-amounts have been invested in all stages, from early-stage startups to companies already in the stage of internationalisation.

There is also demand for Finnish venture capital investors' expertise abroad and the number of international investments has grown significantly. Finnish VCs have continued to invest in Sweden in particular, as well as in Denmark, Estonia, the United States and Lithuania.

"Through international investments, new know-how and understanding are accumulated for both investors and our portfolio companies, who get to share information about the specifics of the local market as well as the most interesting companies. This will help build even better global companies," comments OpenOcean's Tom Henriksson, who has made numerous international investments.

"These new investment statistics and yesterday's breaking news about Wolt's €7 billion acquisition by DoorDash further strengthen the message that Finland is one of the fastest-growing startup hubs in Europe. We are looking forward to Slush, where promising companies and investors will be able to meet and lay the groundwork for future success stories," concludes Santavirta.