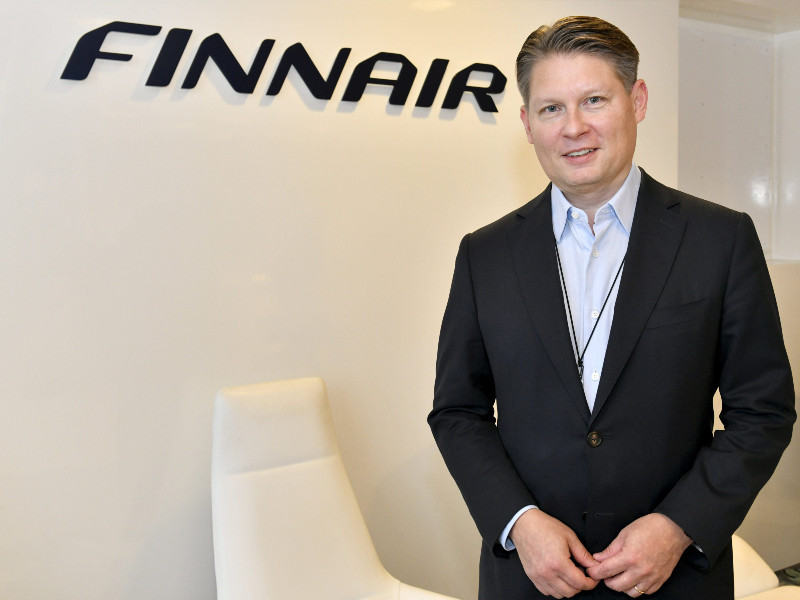 Topi Manner, the CEO of Finnair, reacted at the earnings call of the state-owned airline in Vantaa, Southern Finland, on Monday, 26 October 2021. (Heikki Saukkomaa – Lehtikuva)

THE FLAG CARRIER of Finland, Finnair, on 22 October celebrated the take-off of its inaugural long-haul flight from Stockholm Arlanda, to Bangkok, Thailand.

The Finnish state-owned will during the winter season operate flights from Stockholm to Bangkok and Phuket in Thailand, and Miami, New York and Los Angeles in the United States, in an attempt to fill the void left by Norwegian Air.

Norwegian Air in January announced it will bin its long-haul, low-cost business model, leaving the Nordic air travel market to be re-distributed between Finnair and SAS.

“This opportunity presented itself to us during the pandemic, and we decided to seize it. We have nothing against it becoming a longer-term expansion,” Topi Manner, the chief executive at Finnair, commented to YLE on Tuesday.

Finnair will operate its long-haul flights from Stockholm with two Airbus A350s. It is also considering allocating some of the capacity is is adding in the coming years to Stockholm, according to Manner.

“Finnair’s capacity will grow in the coming years with the addition of three Airbus A350s,” he said. “And it’s possible to allocate that also to Arlanda.”

The three aircraft will complete a fleet of 19 Airbus A350s for Finnair.

Flying to the United States from Stockholm also signals a temporary strategic shift for the airline, which has traditionally focused on Asia and Europe. In Asia, however, travel restrictions are being eased more cautiously than expected: China, for example, is to re-open to visitors on a broader scale after the first half of 2022, according to Finnair.

Restrictions to Thailand and the United States were lifted in November.

Finnair is presently operating about half of the flights it did prior to the pandemic, roughly 130 a day. Air travel has recovered considerably faster in other parts of Europe, with airlines already operating about 80 per cent of their usual capacity.

Finnair on Monday reported that its comparable third-quarter operating result improved by about 60 million euros from the previous year to -110 million euros. The losses, it added, will continue to mount also in the first half of next year due to the sluggish recovery of air travel in Asia.

Its operating cash flow contrastively turned positive for the first time since the fourth quarter of 2019 on the back of strong booking intake and cargo operations.

The exceptionally strong demand for air cargo is to continue until mid-2022.