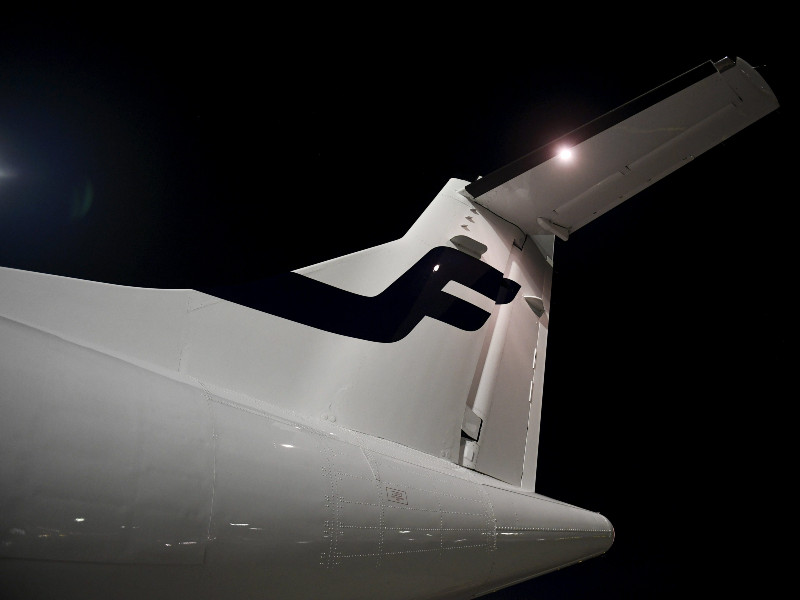 A Stockholm-bound Finnair aircraft set to take off at Helsinki Airport on 5 September 2021. (Emmi Korhonen – Lehtikuva)

FINNAIR on Tuesday reported that it carried 266,500 passengers in August, representing an increase of over 38 per cent from August 2020 and one of almost 25 per cent from July 2021.

The Finnish state-owned airline revealed that its overall capacity surged by more than 63 per cent year-on-year and 17 per cent month-on-month when measured in available seat kilometres. Its passenger load factor, in turn, improved by 0.3 percentage points from the previous year to 42 per cent.

The year-on-year differences in capacity figures, it said, are attributable to longer average flight lengths and larger aircraft.

Finnair reminded that it trimmed its flight offering significantly in response to the coronavirus pandemic and the travel restrictions adopted to rein it in. Both the pandemic and restrictions, though, continue to affect passenger traffic figures, particularly in Asia and North America.

Numbers in North American traffic rose by 100 per cent and European traffic by almost 44 per cent from August 2020.