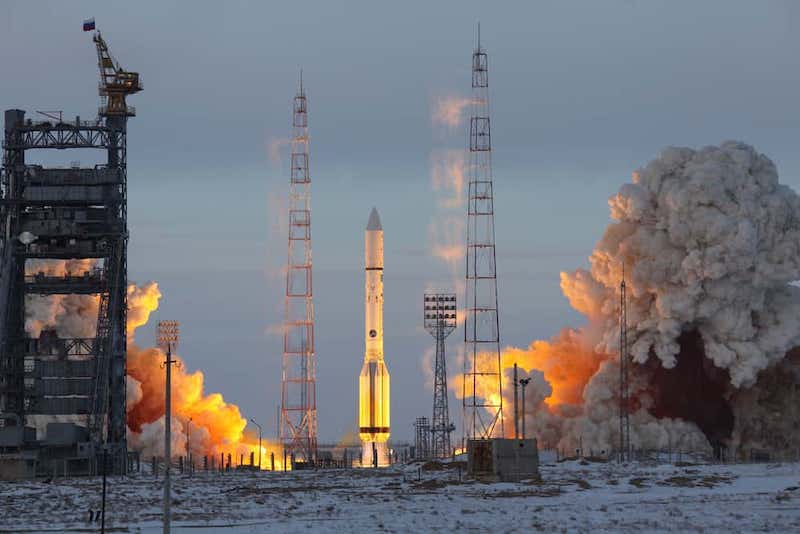 Space missions are increasingly becoming popular, with companies moving towards enabling private citizens to have a glimpse of the orbit away from the professional astronauts. The interest in space travel is increasing the number of orbital launches.

Data acquired by Finbold indicates that the global number of orbital rockets launched in 2021 H1 surged 43.9% compared to the first half of 2020.

As of 2021, the orbital rocket launches stood at 59, while last year, the figure was at 41.
In 2021, the United States showed dominance, accounting for about 49% of the launches at 29. China recorded 18 launches, followed by Russia at seven. French space company Arianespace accounts for four orbital launches. The numbers are based on RocketLaunch.live data, which tracks orbital rocket launches worldwide. 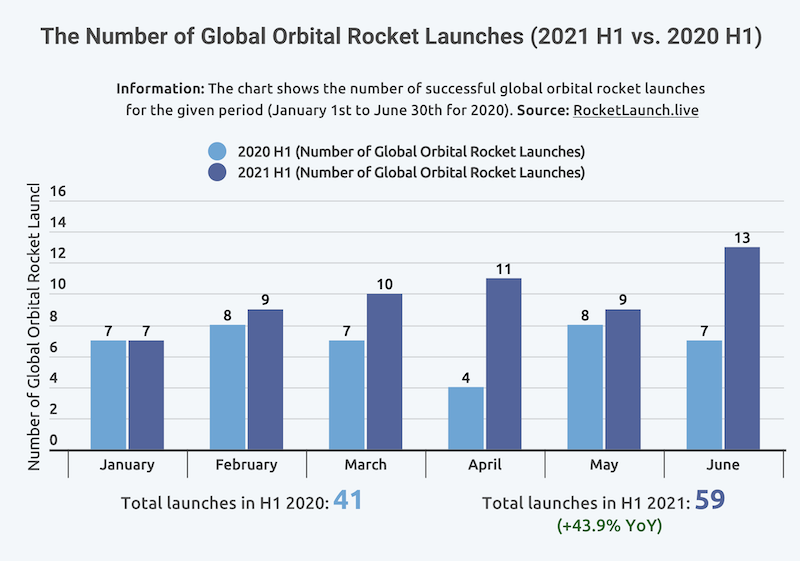 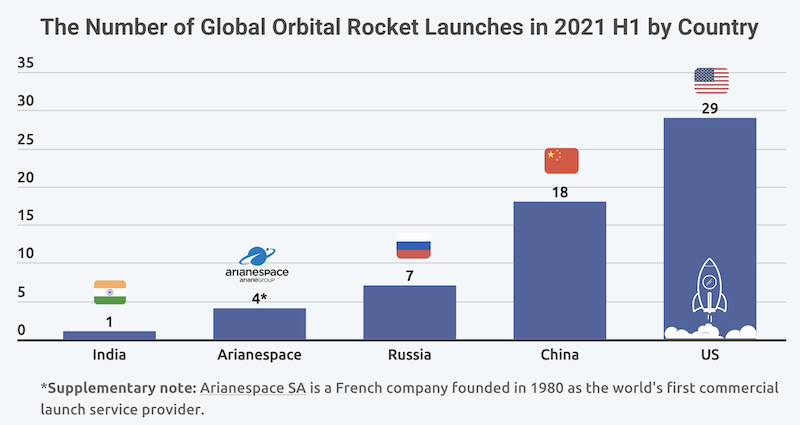 The increase in orbital launches during the period highlights the increasing focus to make space travel a routine. The sector has witnessed the entry of private companies working towards making space travel available for private citizens and not just the professional astronauts of space agencies like NASA.

Worth mentioning is that despite 2020 being a challenging year due to the coronavirus pandemic, several space missions were initiated, with some arriving at their destination in 2021.

The increase in orbital launches also correlates with the entry of private companies into the sector that are jostling to make a name for themselves in space. For instance, Jeff Bezos’ Blue Origin company is expected to have the inaugural space flight with the founder on board on July 20, 2021.

Notably, Virgin Galactic (SPCE) offered a glimpse of space tourism after the company’s aircraft successfully conducted a space mission with founder Sir Richard Branson on board.
Virgin Galactic may begin flying the first paying passengers next year after two more test flights. However, with tickets running into hundreds of thousands of dollars, the space experience remains viable for financially able individuals. But when the companies begin commercial operations, Blue Origin and Virgin Galactic will be direct competitors.

Elsewhere, Elon Musk’s SpaceX is also an active player in the space industry with a reputation for conducting multiple short test flights over the past year. The company’s next step is to reach orbit. Furthermore, competition between private companies is also heating up.

For instance, Arianespace, the world’s first commercial launch company that dominated the market for sending big communications satellites into orbit, is now shifting its focus to smaller satellites. This shift is likely to give companies like SpaceX a run for their money.

Away from the excitement around space missions, the exercise has also attracted supremacy battles between countries. For instance, China’s increasing missions have raised concerns from the United States.

Although the country is moving towards hitting the pre-pandemic launches, the recent uncontrolled rocket stage fall has resulted in worries with the U.S. raising security risks over China’s increasing space presence.

Even though China has made advancements in space, the country’s technology still lags behind the U.S. However, China’s space program is flush with political and monetary support from the government, which views its success as a critical measure of its international standing.

With the projected increase in orbital launches, the topic of security remains vital. Historically, space travel is known to be dangerous. However, most of the space companies are moving towards conducting sufficient time conducting test flights.