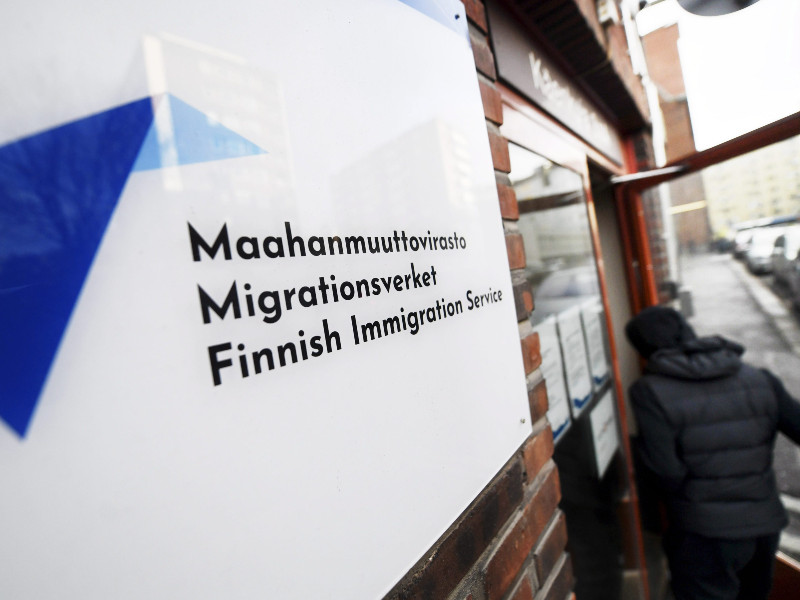 A customer entering an office of the Finnish Immigration Service (Migri) in Helsinki on 31 October 2019. (Vesa Moilanen – Lehtikuva)

FINNISH companies and employer organisations have expressed their concerns about the red tape surrounding employment-based immigration to Finland.

Helsingin Sanomat on Tuesday reported that employers are concerned that the lengthy permit procedures will inhibit their ability to recruit skilled labour once economies around the world begin breaking free from the shackles imposed by the coronavirus pandemic.

Milka Kortet, a senior expert at Technology Finland, described the work permit process to the newspaper as “extremely bad”, saying practically all facets of it have room for improvement.

“The fault doesn’t lie only with the Finnish Immigration Service (Migri),” she underlined. “They have a lot of short-term employment relationships due to their human resources situation. If someone leaves or they get more resources, recruiting people to expert positions doesn’t happen at the flick of a switch.”

Her assessment was echoed by Taina Susiluoto, a director at the Confederation of Finnish Industries (EK). Both Migri and the Ministry for Foreign Affairs, she viewed, may not have the resources to respond to a possible spike in work permit applications brought on by the looming exit from the pandemic.

“The situation won’t become any easier as the vaccination coverage increases, restrictions are relaxed and companies have to kick-start growth quickly and acquire skilled employees. That’s naturally when the permit applications will really start coming,” she said.

EK believes the Finnish government should allocate 30 million euros in its framework session for recruitment at Migri and the Ministry for Foreign Affairs. An additional 20 million euros should be set aside from funding received from the EU’s recovery facility for developing automatic permit processing at Migri.

Both EK and Technology Finland also lauded Migri for the progress it has made in clearing the backlog since last autumn.

Jaska Tuominen, the manager of human resources at Okmetic, stated to Helsingin Sanomat that despite the positive development, the work permit process looks as if it was designed from the viewpoint of authorities rather than applicants.

It simply remains too painstaking given the global competition for experts.

“We can’t necessarily compete with wages, so we’d have to do other things very well to make sure we’re competitive. Those who are quick usually snap up the skilled people in recruitment. And once a decision to move with the whole family has been made, it’s terribly difficult to turn it in another direction,” he explained to the newspaper.

The majority of first permit applications from special experts are presently processed in at most three weeks, said Pauliina Helminen, the director of permit and nationality unit at Migri. The total processing time for the residence permit applications of employees is typically two to three months.

Although Migri has increased automation in its processes, human resources are still needed.

“In budget and financial discussions, it seems that our resources will be cut by quite a lot in the coming years,” she said to Helsingin Sanomat. “It’s not enough that we can momentarily get something to work well and quickly, but we have to be able to maintain the quick and smooth processes. It’ll also require that we have sufficient resources here at the office.”