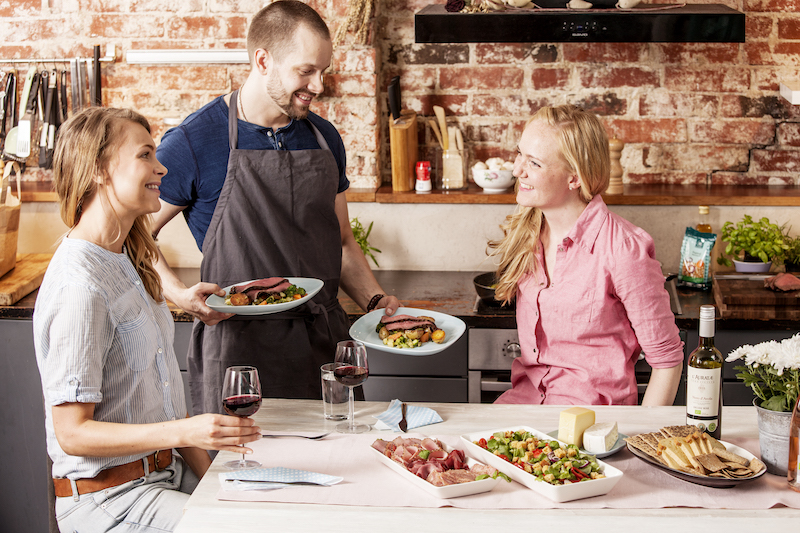 The coronavirus pandemic not only brought challenges for many organic operators in Finland, but also increased consumer interest in the organic food. A record number of new livestock farms, more than one hundred, moved to organic in 2020. The Organics in Finland 2020 compilation brings together last year's public organic statistics.

The year 2020 was marked by the coronavirus pandemic that plagued the world, which also caused changes for many operators in the organic sector.

The supply of labour for organic producers became more difficult because foreign labour was not as available in Finland as in previous years because of the restrictions in place due to the coronavirus. The restaurant sector was also affected by the corona restrictions, and professional kitchens were particularly affected by teleworking and remote education.

Among other things, the use of organic milk subsidized in school distribution decreased in the school year 2019–2020 compared to the previous year because schools were closed part of the time. However, the share of organic in all school-subsidized milk increased to 22%. A total of 2.5 million litres of organic milk was consumed in schools and kindergartens.

Organic oats are in demand worldwide

Organic farming accounted for 13.9% of Finland's total arable land in 2020. Almost 156 million kilos of organic cereals were produced in Finland, which was 5% of the country's grain harvest. The yield of organic grain was 9% higher than in the previous year, and oats were still the most significant organic grain.

– Organic oats are the driving force of Finnish exports due to their good quality and the growing demand for plant-based products. Finnish organic oat-based products have good growth prospects also in the future, says Aura Lamminparras, Executive Director of Pro Luomu.

Organic accounted for as much as 32% of Finnish flour and mill products exports in 2020. Organic food was exported from Finland to the world for a total of 60 million euros. The value has doubled in a couple of years.

The number of livestock farms is rising

In 2020, there were a total of 5,010 organic farms, which is 11% of all farms in Finland. After a one-year hiatus, new organic commitments were made again, and 310 new farms, including a record number of livestock farms, changed to organic.  However, despite the new farms, the total number of farms decreased by 1 percent compared to the previous year.

Organic meat production increased by 17% to a total of 4.4 million kilos. About three-quarters of this was beef. Organic accounted for the largest share of total production in mutton, of which almost a quarter is already organic.

Organic consumption is on the rise

Organic sales in grocery stores was approximately EUR 409 million in 2020. Organic sales increased by 9.7% compared to the previous year. As last year, organic has the largest market share in baby food: 24% of the product group's total sales are organic.

The Finnish state owned alcoholic beverages retail monopoly Alko's sales of organic alcoholic beverages in litres increased by more than 29% compared to the previous year. Alko's selection already included a total of 1,412 organic products, of which 1,270 were mild wines and 31 beers. In five years, the selection has more than tripled.

– Environmental responsibility as a whole is a big trend in the beverage world. Organic is the most familiar and oldest of Alko's Green Choice labels. The rapid growth in sales of organic wines confirms that organic is not only an important value in speeches, but also in deeds, says Taina Vilkuna, Alko's Product Communications Manager.

– Environmental awareness is strong, especially among young people, and this also seems to be reflected in the interest in organic food, ponders Aura Lamminparras

The Organic in Finland 2020 compilation published by Pro Luomu summarizes the results of public organic statistics and the latest surveys of the organic sector. The information in the compilation is e.g. statistics from the Finnish Food Authority and the Natural Resources Institute, as well as studies and surveys commissioned by Pro Luomu.