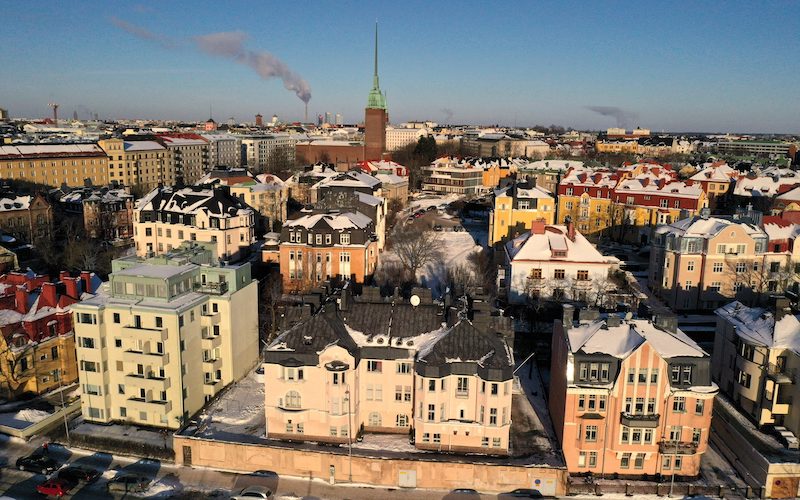 Demand for buy-to-let home loans applied for increased by well over 50 per cent in Kuopio, Joensuu and Oulu in the first few months of the year compared to the same period a year ago. More and more women are now among those applying for the loan. The popularity of buy-to-let homes can also be seen in higher prices of one-room flats although the growth rate of rents has dwindled at the same time.

In numerical terms, buy-to-let home loans were applied for most in Helsinki where the volume of applications increased by 32 per cent between January and April compared to the year-ago period. The number of applications rose by 45 per cent in Espoo and by 47 per cent in Vantaa. During the first few months of the year, the biggest changes in demand for buy-to-let home loans, however, focused on Kuopio and Joensuu, demand growing by almost 80 per cent. Demand for such loan applications in Oulu increased by almost 70 per cent.

“The strong demand for buy-to-let home loans is explained, on the one hand, by uncertainty in the first half of 2020 caused by Covid-19 and, on the other hand, by general growth in demand that has continued now for a longer time. Lower prices encourage investors to see opportunities outside the Helsinki Metropolitan Area too because the amount of the buy-to-let home loans applied for is typically lower than that for one’s own home. In Joensuu, for example, plenty of new builds have been constructed for several years now and most of them have been small flats suitable for investors. The popularity of investment in buy-to-let homes is also explained by interest rates that have remained low and taxation favouring buy-to-let investors”, says Satu Nurmi, Head of Housing Loans, OP.

The increasing popularity of buy-to-let homes can also be seen in prices for one-room flats that are favoured by investors. According to the Central Federation of Finnish Real Estate Agencies, the prices per square metre of one-room flats in old buildings rose nationwide by 4.5 per cent between January and April compared to the year-ago period.

“The prices per square metre in growth centres are at their own specific levels. The average price of old one-room flats has already exceeded 7,500 euros in Helsinki, and Espoo has exceeded 5,000 euros in this respect while Vantaa, Turku and Tampere have exceeded 4,000 euros”, says Lasse Palovaara, Head of OP Koti.