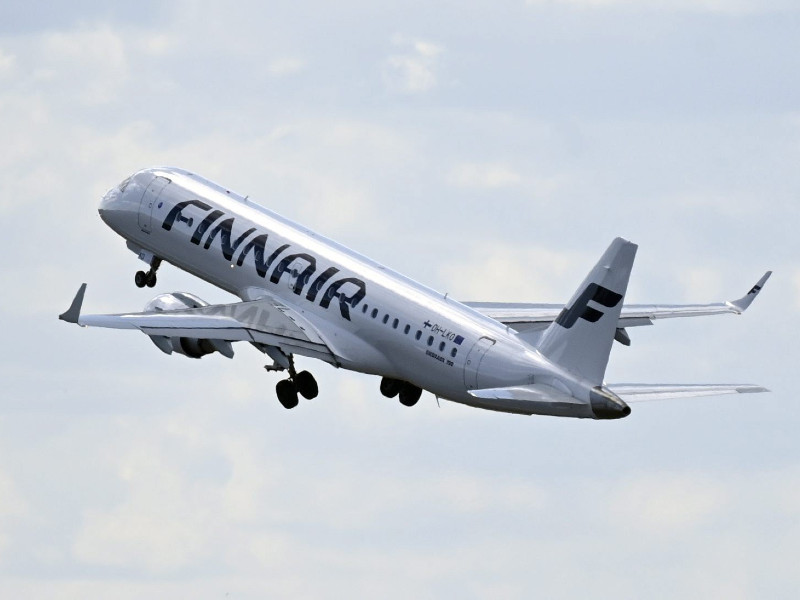 Finnair is leaving no stone unturned, no matter how small, as it explores ways to shed weight off its aircraft. (Vesa Moilanen – Lehtikuva)

THE FLAG CARRIER of Finland, Finnair, is exploring means to shed weight off its aircraft and reduce fuel consumption.

Helsingin Sanomat reported last week that the majority state-owned airline is set to, for example, do away with print in-flight catalogues and magazines and allow passengers to select their on-board meal well before the flight to reduce the number of additional meals carried on each flight.

“We kind of have a group of weight watchers who try to find possibilities to reduce aircraft weight,” summarised Anne Larilahti, the director of responsibility at Finnair. “It starts from the weight of carpets and paints, all the way to print and catering equipment, as well as to what customers have with them when boarding the aircraft.”

Finnair has calculated that print products add an average of 50 kilos to the weight of its aircraft, and as much as 125 kilos to its wide-body aircraft. Carrying such products consumed about 473 tonnes of fuel in 2019, accounting for approximately 0.04 per cent of its total fuel consumption in the year preceding the coronavirus pandemic.

The airline intends to encourage its customers to use their own smart devices to access Nordic Sky, its free on-board wireless network that offers access to content that was previously available in print. Also this, though, has an impact on aircraft weight as the network equipment increases the weight of the aircraft and the external antenna adds to the air resistance.

Even a minor change in weight can have a notable impact over time, according to Larilahti.

Calculations by the airline show also that if every passenger on all of its flights reduced the weight of their luggage by one kilo, equivalent to a pair of shoes, for an entire year, the fuel savings would be enough to fly 20 times from Helsinki to Tokyo.

“That gives us a reason to scrutinise weight, as things multiply through volume,” she said to Helsingin Sanomat.

Allowing passengers to select their meal in advance, in turn, will enable the airline to reduce not only the number of additional meals loaded on each aircraft, but also the amount of food waste. “Excess food has had to be incinerated if the flight is arriving from outside the EU. It does feel cruel to light unopened packages of food on fire,” explained Larilahti.

Passengers can have an impact on the fuel consumption of aircraft – simply by showing up at the airport and gate on time. Calculations by Finnair reveal that every minute that has to be gained in air due to delayed take-off increases fuel consumption by 100 kilos.

The weight-shedding campaign is part of the airline’s effort to become carbon neutral by 2045. One of its interim goals is to halve emissions from the levels of 2019 by 2025.