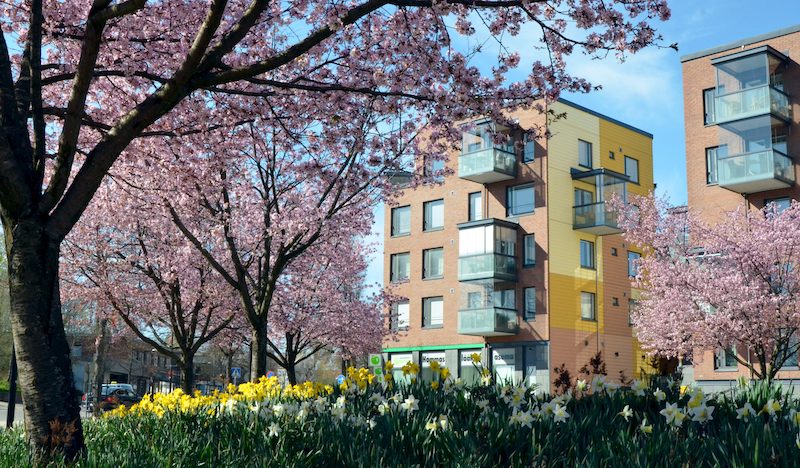 OP Financial Group’s economists are raising their forecasts for growth in home prices. In early 2021, they predicted that prices of old owner apartments would increase in Finland by 2 per cent on average this year. The new estimate is between 3 and 3.5 per cent. For the first time, they are implementing a new regional division based on historical price development, which will allow easier monitoring of regional development.

The coronavirus pandemic and ensuing restrictions have had a negative impact on many sectors, but a twofold effect on the housing market. Sales volumes have recovered from last spring’s collapse, and business is booming. Despite the financial crisis, average prices have increased across the country. However, price trends continue to show signs of regional segregation.

“The trend is the same on the international housing market. While the coronavirus pandemic has been a global phenomenon, average home prices have increased across Europe. Ireland is the only country where home prices have slightly decreased, but prices have grown throughout the rest of Europe,” states OP Financial Group economist Joona Widgrén.

Statistics tend to categorise home prices, presenting the Helsinki Metropolitan Area and other parts of Finland separately. OP Financial Group’s economists wanted a more precise view of trends in different-sized cities. In their new housing market review, for the first time they divide cities into three classes, based on price trends: increasing, stable and decreasing. This classification is based on the price indexes of old owner apartments from 1988 onwards. Cities with similar long-term housing price trends have now been placed in the same class.

The class of cities with growing prices now includes Helsinki, Espoo, Turku and Tampere. In this class, home prices have continued to grow almost throughout the review period. Stable areas include medium-sized cities such as Oulu, Vaasa, and surprisingly, Vantaa. The prices of old owner apartments in this class have slightly decreased in recent years. The third class includes cities such as Kouvola and Kotka, where home prices have fallen since early 2010.

“Segregation of the housing market has been apparent for several years. There is now exceptionally keen interest in prices and regional differences. Our new classification will make it easier to monitor the regional development of home prices in the future. Being based on statistical information, the classification method may change over time,” Widgrén states.

OP Financial Group’s economists see various reasons for strong price development in growth centres. Many people have switched to remote work due to the pandemic and are seeking larger homes. Households unaffected by unemployment have accrued savings. Generally speaking, economic policy has been accommodating, and the development of capital markets good.

“The crisis has had an uneven impact on households. For example, young people who have lost jobs in the services sector have been worst hit by the crisis. However, home owners seem to have been less affected and foreclosures have been avoided,” Widgrén comments.