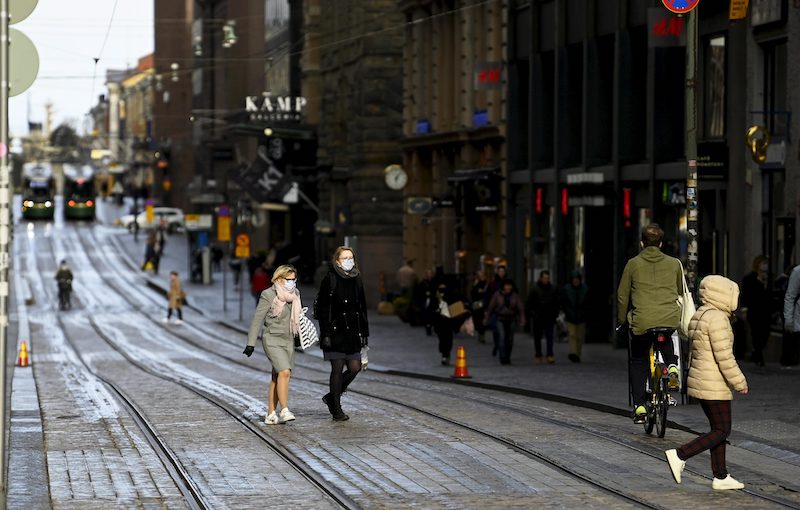 FINLAND HAS RANKED POORLY IN A RECENT SURVEY of global ex-pats, in which 12,000 respondents shared their thoughts on their adopted homelands. Finland has been ranked 39th out of 59 countries in the index, despite faring well in areas such as quality of life and the (lack of) COVID-19 disruption.

The annual survey, compiled by the expatriate networking platform InterNations, looks at a wide variety of factors, including life satisfaction, local career opportunities, and how easy it is for foreigners to make friends with the natives in each country.

Finland's position this year is considerably worse than in previous years, with the 2019 survey putting Finland 19th out of 54 countries. Finland ranks first out of all countries for personal safety and fourth for quality of life, beating out countries such as Sweden, Switzerland, Norway, and Germany in these regards. However, the country fares among the worst in other areas.

It ranks close to last in the so-called "ease of settling in index", with around half of foreign professionals in Finland who answered the survey describing it as very difficult to make local friends here. In addition, Finland's high cost of living placed it near the very bottom of the affordability index, with the majority of respondents claiming that salaries are not sufficiently high enough to cover expenses.

In keeping with previous surveys, Finland continues to perform exceptionally poorly when it comes to career options for foreigners, with half of Finland's ex-pats reporting that it is very difficult to find a well-paying job in their field. Respondents also described the language as being a major barrier to accessing local career opportunities, more so than in virtually all of the other countries featured in the survey.

Finland did, however, score highly in the Work and Leisure category, with around three-quarters of all respondents claiming to be content with the work-life balance offered in Finland.

Finland also came close to last in the categories of "feeling at home", "finding friends", and "personal happiness", with countries such as The Philippines, Romania, Mexico, and Columbia outperforming Finland in these regards.

Ex-pats were also asked about their adopted country's response to COVID-19. In this regard, Finland performed well, coming in 9th place and outperforming countries such as Vietnam, South Korea, Norway, and Hong Kong, all countries that have been praised for their handling of the pandemic.

The results of the survey might seem surprising to some, given that other rankings have painted a different picture. Perhaps most famously, Finland took the top spot for "world's happiest country" for the fourth consecutive year in 2021.