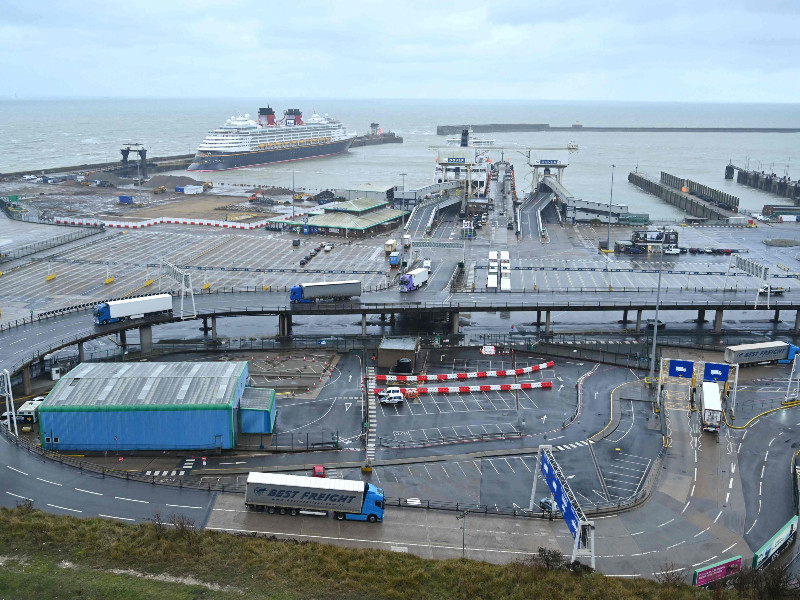 Lorries enter the Port of Dover in England on 4 January 2021, following the United Kingdom’s departure from the European Union. (Glyn Kirk – AFP/Lehtikuva)

TRADE between Finland and the United Kingdom decreased significantly as a consequence of the end of the one-year transition period for Brexit in December, indicate preliminary statistics released by Finnish Customs.

The decline in imports was higher than the average for imports to the European Union. British authorities reported earlier this month that imports to the remaining 27 member states fell by more than 40 per cent in January.

The decline was sharp especially in the categories of food and animal-based products.

The primary reason for the collapse in trade was the end of the transition period. The United Kingdom withdrew from the bloc at the beginning of last year but remained part of the internal market for the one-year period, until the end of December. The subsequent reinstatement of tariffs and other formalities has complicated the activities of not only businesses, but also officials as the withdrawal agreement was not ironed out until Christmas Eve.

“The change meant significant amounts of new paperwork for companies and officials,” Kristiina Kauppinen, one of the Brexit experts at the Finnish Ministry for Foreign Affairs, stated to YLE.

The bureaucracy has clearly also raised the prices of goods. A 30-euro package of Stilton, an English blue cheese, requires a hygiene certificate that costs over 200 euros when imported to the European Union, according to the public broadcasting company.

YLE highlighted that the change has had a dramatic impact especially on companies importing small quantities of goods from the United Kingdom.

“As far as imports go, there are lots of small companies that aren’t familiar with customs declarations. Many have imported small quantities of goods. This has been a major change for them, and some have completely stopped trading with Britain,” said Olli-Pekka Penttilä, the chief statistician at Finnish Customs.

Exports from Finland to the United Kingdom, by contrast, are considerably much more centralised, with the number of exporters about an eighth of that of importers.