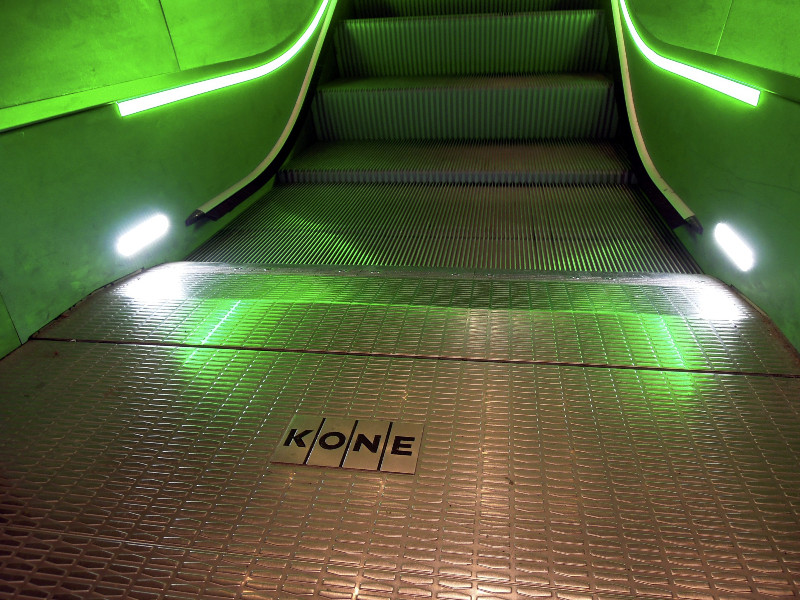 An escalator built by Kone in Hakaniemi Station in Helsinki. (Ritva Siltalahti – Lehtikuva)

KONE, a Finnish manufacturer of lifts and escalators, has announced the start of consultative negotiations that could result in the termination of a maximum of 120 positions, the majority of which will be in Finland.

Altogether 650 employees are within the scope of the six-week negotiations.

Kone on Tuesday emphasised that it cannot yet specify the number of redundancies made following the negotiations, as its objective is also to create new positions during the statutory process. The need for redundancies, it explained, will become clearer once it knows the extent to which the new positions can be filled with employees whose positions are being terminated.

The planned changes will be carried out mostly in its head office functions, most of which are situated in Finland. The company also assured that it has no plans to re-locate its head office outside Finland.

Its research and development operations, as well as manufacturing operations, have been ruled outside the negotiations.

Kone stated in its press release that the negotiations are part of a global re-organisation of business divisions and support functions that is undertaken to consolidate its competitiveness, focus its operations and simplify its organisational structure.

The lift and escalator maker employs roughly 62,000 people in more than 60 countries, including about 2,700 in Finland. It is presently the second largest company by value on the Helsinki Stock Exchange.