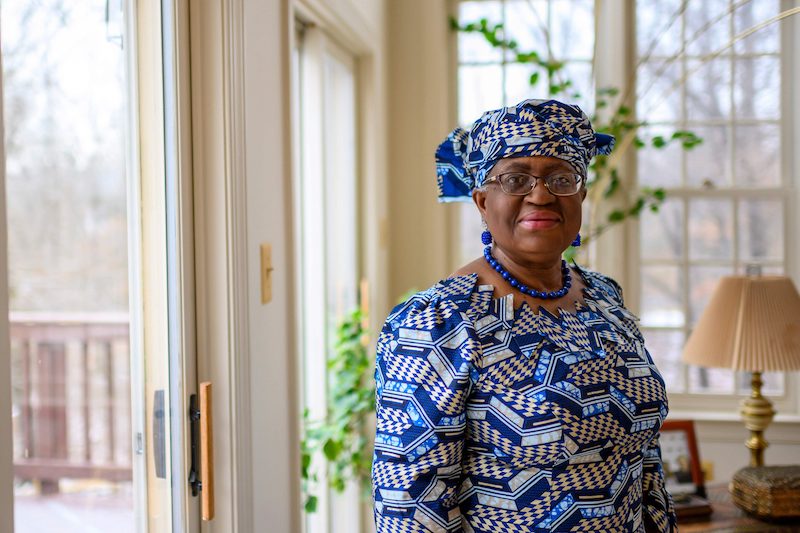 Nigeria's Ngozi Okonjo-Iweala poses at her home in Potomac, Maryland, near Washington DC, as she was confirmed as the first woman and first African leader of the beleaguered World Trade Organization,on February 15, 2021. - LEHTIKUVA / AFP

Lisandra Flach, the Director of the Ifo Center for International Economics, called the upcoming election of a new director-general for the World Trade Organization a “unique opportunity.” After the difficult Trump years, she said, there is now a chance to breathe new life into international trade negotiations and achieve a more stable system that is not based on unilateral relationships. Trust must be rebuilt, Flach said in Munich on Monday.

Flach described the Nigerian candidate, Ngozi Okonjo-Iweala, as experienced in matters of finance and development and capable of soothing tensions between countries. She added that mediating today’s difficult relations among WTO members calls for political acumen – a key skill that Ms Okonjo-Iweala possesses – because the director-general can implement reforms only if the members are willing to back them.

At a time when many small trade barriers have been erected because of the coronavirus, this is a significant consideration, Flach pointed out. However, the current crisis is also a good opportunity to showcase the central role of multilateralism and cooperation. In this respect, too, Okonjo-Iweala brings relevant experience as chair of the global vaccination alliance GAVI.

Moreover, dispute resolution within the World Trade Organization needs reform, and trade in digital services and cross-border climate certificates has to be regulated.