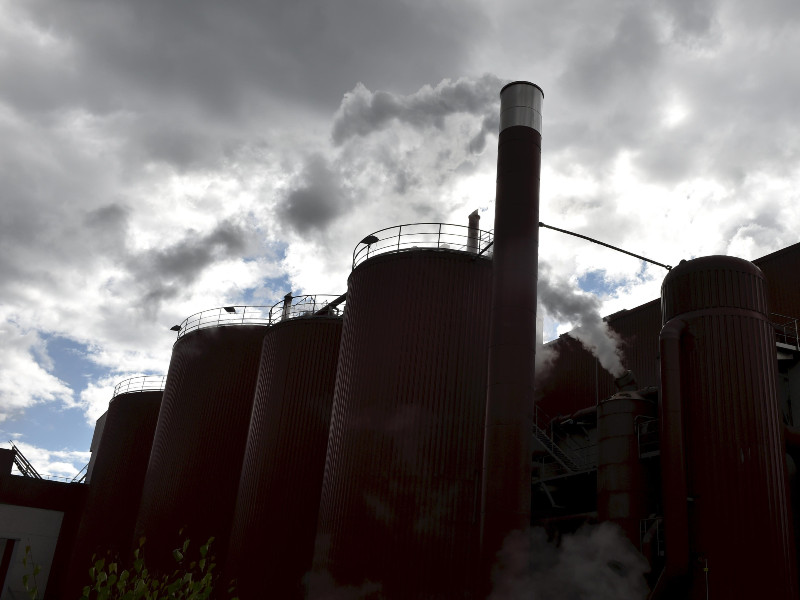 UPM’s Kaipola mill in Jämsä, Central Finland, on 27 August 2020. The Finnish forest industry company has announced it is shutting down what is the only newsprint producer in Finland. (Jussi Nukari – Lehtikuva)

UPM has announced it will gradually wind down the operations of its paper mill and three paper machines in Jämsä, Centra Finland, by mid-December.

The Finnish forest industry company reported yesterday that it has wrapped up consultative negotiations with its staff and decided to terminate a total of 448 jobs at mill, 20 of which will be transferred to its label and packaging paper mill in Jämsänkoski.

About a fifth of the job cuts can be accomplished with voluntary pension arrangements, the company estimated in a press release.

Founded in 1952, the Kaipola mill is both the last producer of newsprint and one of the largest paper mills in Finland. UPM, however, stated that the consultative negotiations failed to yield a viable solution for securing the future of the nearly 70-year-old mill.

Winfried Schaur, the director of communication papers at UPM, said the mill had a competent staff and well operated machines, but external factors – such as, the high tax burden, labour costs and logistics costs in Finland – made it the least competitive out of the company’s graphic paper mills.

“Its profitability outlook has permanently deteriorated,” he lamented.

The poor profitability is a consequence of the years-long decline in demand for graphic paper, the global economic situation, the local operating environment and the short-term market disruption and economic uncertainty caused by the coronavirus pandemic, said UPM.