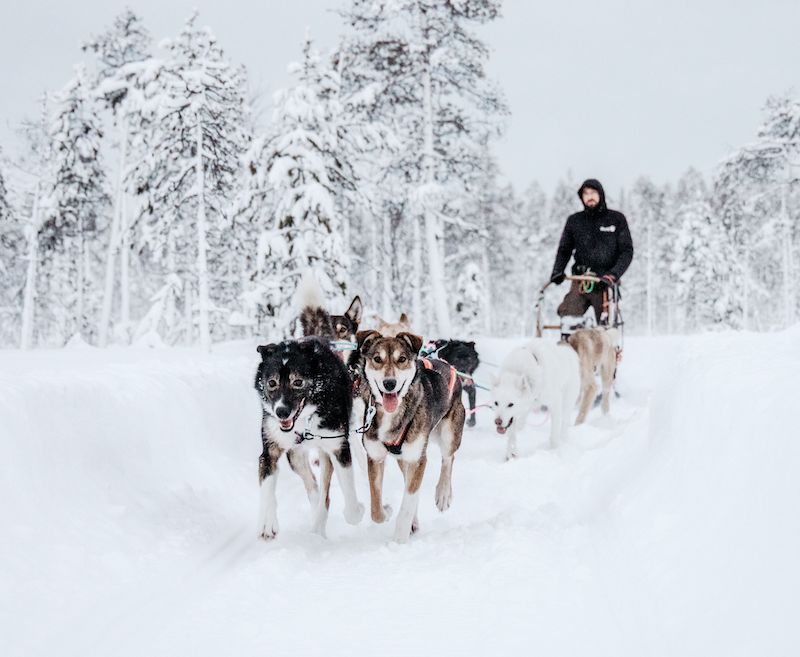 Northern areas of Norway, Sweden, Finland and Russia, with their unique and exotic climate and nature have become increasingly popular with tourists during recent years.

Native Sami in Nordic countries and minorities such as Dolgans, Evenks and Nenets in nordic Russia have all struggled to sustain traditional livelihoods and crafts of their cultures, such as reindeer herding, fishing and handicrafts.

These traditional trades are under increasing threat from external and internal forces, impossible to control or predict for native populations. Climate change, decreasing birth rate and emigration of the younger generation to urban areas are now also being reinforced by the direct and indirect effects of the Coronavirus pandemic.

Dwindle of tourism due to travel restrictions is one of the problems directly threatening the very existence of some businesses. Tens of dog safari and sleigh tour businesses in Northern Finland are now struggling with feeding the thousands of Huskies in the business. These dogs that were mainly used to pull sleighs packed with tourists are now out of work, but still have the same costs for their owners as before. 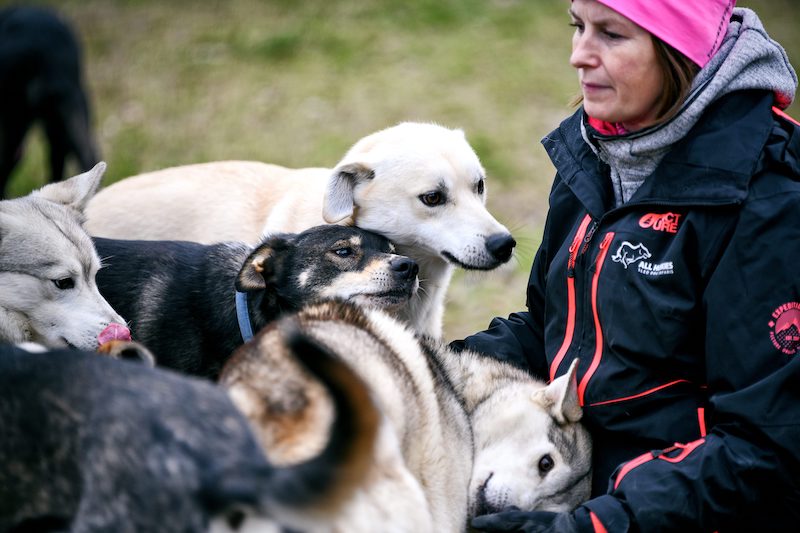 Pauliina Tirkkonen, owner of the All Huskies kennel pets her huskies in Kittilä on 24 September 2020. /Lehtikuva

Finns were shocked and saddened to hear that some businesses were even being pushed towards a point that they may not be able to cater for their dogs, and would have to put them down.

“We have 69 dogs and it is looking increasingly probable that we may need to look for a new home for some and in the worst cases even put some of them down,” Paulina Tirkkonen, owner of the All Huskies kennel told Helsingin Sanomat. The business has lost 75% of its revenue this year.

Valentijn Beets, a Dutch / South African owner and manager of Bearhill Husky Tours in Rovaniemi confirms that problems have piled up. There have been no bookings this year and the future is uncertain. “We have stopped taking money in advance because we are not sure if people could come,” Valentijn explains. “The reality is that we might also have to deal with Finland being shut down. That means that we will need to find some money coming from local people involved and look for new ways of generating revenue. We are still training our dogs and have got our crew together based on the fact that we don't know what we are going to do, but we know that it involves driving dogs.”

Bearhill has around 80 dogs, all of which were working with tourists last year. “We just calculated that each dog costs us roughly €3000 / year. The most expensive cost is not the food, but the salary of the person taking care of the dogs,” Valentijn told Helsinki Times. “We need to have 3 people working 8 hours a day, including weekends. Additionally, we need to pay for food, shelter, electricity, vet bills etc.”

Unlike many other local businesses, Bearhill focused on having a year-around business early on. The company allocated 16 dogs to work in the “Winter Wonderland” of Kivikko Ski Arena in Helsinki each summer. The dogs pulled sleighs carrying cruise ship passengers. This activity which had started 10 years ago, generated 10% of the Bearhill Husky tours’ revenue. “That didn't happen this year at all. There was not a single cruise ship sailing,” Says Valentijn. 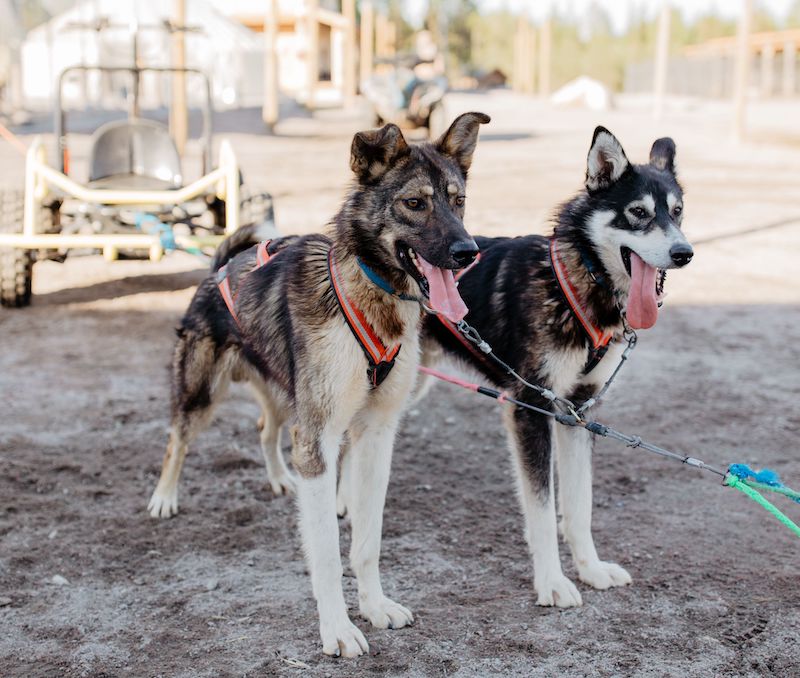 Despite these challenges, Valentijn sees the threats of kennels having to euthanise dogs as exaggerated at the moment, “even though it is legal and could happen to some.”

Bearhill has been able to receive some government “corona” support to cover some of the losses, but innovative new programs have also helped Bearhill and other nordic kennels to survive during these difficult times. One such program is the “Koirakummi” or Godparent system where people can adopt a dog. “In our Kennel, people can pay 35 Euros per month for 12 months to feed a dog and in exchange for that they can get a tour with us any time of the year with their family,” Valentijn Explains.

Reindeer herding, the most common business for Sami people has also been affected by the pandemic. “Demand for reindeer meat has dropped and prices have consequently come down. Other sources of income are handicrafts, and buyers are not here,” Leo Aikio Vice President of the Sami Parliament of Finland and responsible for livelihood and trade affairs told Helsinki Times.

The wholesale price of reindeer meat has dropped 1.5 - 2 Euros, from around 9Eruos per kg to 7 Euros. This could amount to a considerable reduction of revenue for a herder with hundreds of reindeer. Most of the meat was bought by restaurants that are themselves affected by the halt in tourism and the closures due to the pandemic. “Direct routs to customers would be great to seek, but there is no time for the farmers to do that. They are all tied up with their herding work,” Explains Aikio.

Not much help has been offered from the government for the reindeer herders. Some subsidies have even been reduced. “Government support for hiring a substitute in case of sickness for reindeer herders, which used to cover 200 hours last year, has been reduced to a maximum of 120 hours this year. This is not enough, especially considering the corona situation.”

“Corona support has also been difficult to get, the criteria were such, that Reindeer herding businesses were not eligible to get it,” Says Aikio.

Anne Ollila, executive director of the Finnish Reindeer Herders Association agrees: “The vast majority of reindeer meat in Finland goes to restaurants which cater to tourists and the shutdowns which have paused travelling and closed restaurants have affected reindeer meat prices,” Ollila told Helsinki Times.

Climate change and global warming have also affected the reindeer husbandry. “ There are less reindeer to harvest this year also because the animals did not get enough food from nature last winter and fewer calves were born,” Says Ollila. “There was a lot of snow and layers of ice in between, so the deer were not able to dig through it to reach the underlying vegetation. This phenomenon, caused by periodical warming of weather in winter could cause a serious long term challenge if it continues as such.”

Fortunately, the direct effects of the Pandemic have not been tangible as the spread of the virus in upper Lapland has been limited to individual cases. 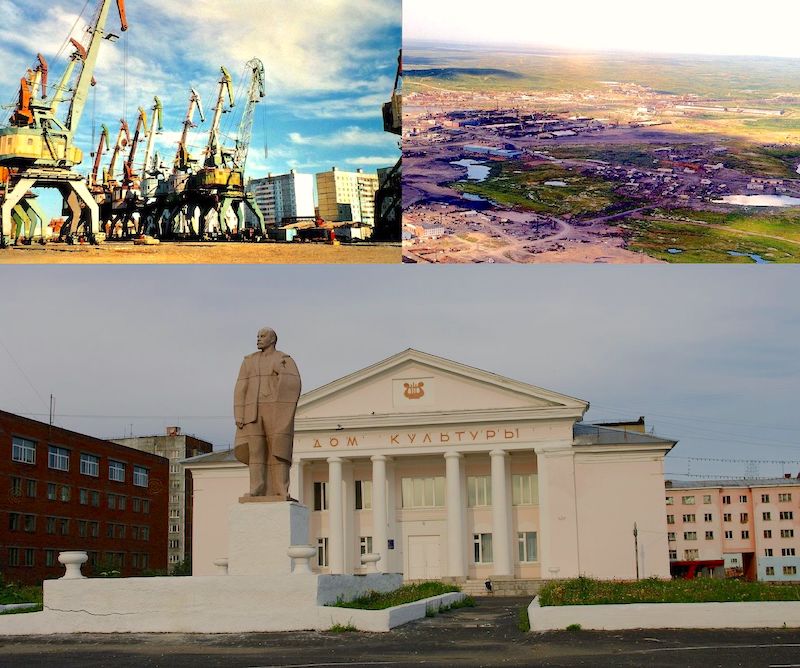 Taimyr Peninsula in northern Russia is home to five indigenous ethnic gropes of Dolgans, Nenets, Nganasans, Evenks and Enets. Some of the problems faced by these ethnic groups are similar or identical to the problems of Samis in other nordic countries. “We are witnessing the migration of the population from villages to cities at present,” Anfisa Nikiforova First Vice-President of the Russian Regional Association of Indigenous Minorities of the North of the Krasnoyarsk Kray (territory), and the Deputy Chairman of The Taymyr Peninsula Indigenous Peoples Association told Helsinki Times. “Unemployment, housing shortages and the poor state of infrastructure are pushing the population out from villages to Dudinka (city and administrative centre of the former Taymyr autonomous okrug (district). Emigrants find work in various sectors from cleaning to health care and education. Some start studying and rebuilding their lives from scratch.”

Anfisa has seen many young Dolgans leave to study in Krasnoyarsk or St. Petersburg and remain to live and work there after they graduate. “Some may come back to Dudinka, but not further back to their home villages. According to Anfisa, Nenets on the other hand have had a different trend: “For example, many children from the village of Tukhard are sent to study at a boarding school in Dudinka. But the kids are not adapted to life in the city. They drop out of school at the age of 12-13 and go back to live in the tundra with their parents. They live in the tundra and are domestic reindeer herders.”

Several programs aimed at preserving the traditional lifestyle of the five ethnic groups of the Taimyr Peninsula have been initiated by authorities and funds of up to 700 million Rubles (10 million USD) from the regional budget are allocated to support the nomadic way of life. 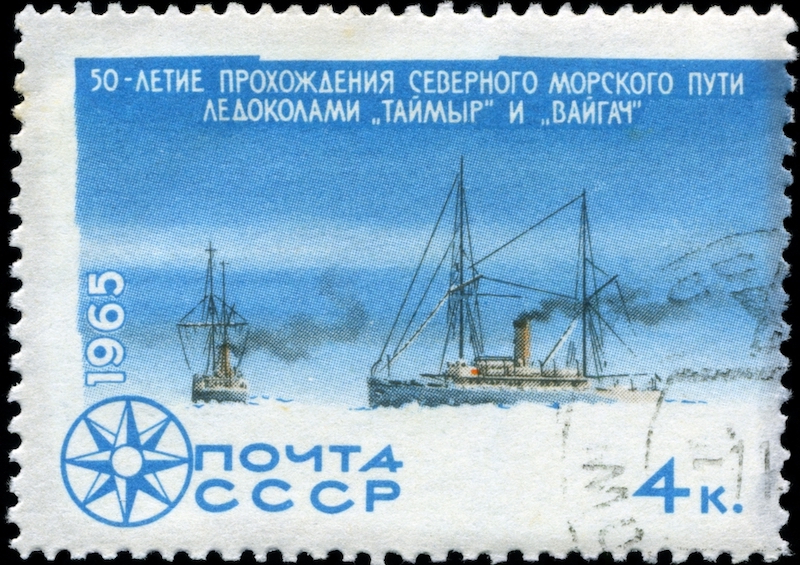 Taimyr Peninsula is vast and distances could be rather long. This together with the harsh climate causes logistical challenges. “For example, the village of Nosok is 240 kilometres from Dudinka. The village of Vorontsovo is about 400 kilometres,” Says Anfisa. “There are also only a few health care or federal government offices in the area, which means that people have to travel long distances for treatment or applying for permits.”

“On the Taimyr Peninsula, we have more than one hundred family-clan communities of indigenous small-numbered peoples of the north. But the lack of fishing plots, the lack of fishing permits, and licenses to shoot wild reindeer does not allow the small peoples of the north to develop and maintain their way of life, and to support their families well,” Anfisa explains.

For the Indigenous population of the Taimyr Peninsula support has also come from large corporations active in the area. “Together with authorities and the local government, family and clan communities, and the community of indigenous minorities, Norilsk Nickel (Russian mining giant) has developed a 5 year, 2 billion rubles ($ 35 million) program targeting social, cultural, educational and agricultural areas among others,” Says Anfisa.

To identify areas of concern, over 100 interviews and various polls of indigenous communities were performed and consequently the creation of seasonal jobs in tourism and other industries, reindeer husbandry, fishing, and hunting were added to the previously existing support areas related to logistics and infrastructure.

“All the proposals that were made were included in this program as much as possible. This support program will run for five years. But I am sure that it will be annually edited and updated with new events,” Anfisa adds.

“Now, by order of the government of the Russian Federation, we have approved 13 types of traditional economic activities. Probably the moment has come when it is necessary to talk about an increase in the number of these types of activities, and pay more attention to the Arctic zone and its residents,” says Anfisa.

Norlisk Nickel also holds an annual competition in areas of its activity which was last year won by “In the land of Standing Stones”, a project focusing on ancient Sami huts project in the Laplandiya part of Russia. Even though the majority of Lapland is primarily Finnish territory, some parts expand to northern areas of Russia inhabited by the Sami minority. Sadly, the reconstructed huts have been missing tourists this year.

When it comes to the Coronavirus pandemic, remote location and long distances on the other hand have been a blessing for the Taimyr Peninsula. “If we talk about the indigenous people, our villages are very far from the regional centres. Our reindeer herders move through the tundra. Therefore, as such, the pandemic had not affected us so far,” concludes Anfisa