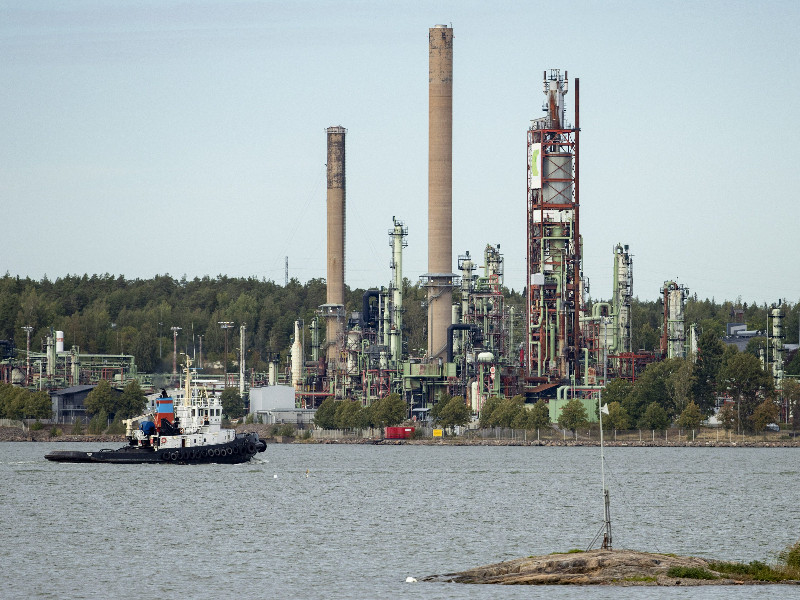 Neste’s Naantali refinery is set to shift its focus to port and terminal operations, according to the Finnish oil refining company. (Roni Lehti – Lehtikuva)

NESTE on Monday announced it is considering reducing its headcount by up to 470 as part of the re-structuring of its refinery operations in Naantali and Porvoo, Finland.

The Finnish oil refining company revealed it is exploring the possibility of shifting its focus to port and terminal operations in Naantali and to the co-processing of renewable and circular raw materials in Porvoo.

The re-structuring, it said in a press release, could lead to the redundancies of a maximum of 470 employees, the details of which are to be ironed out in consultative negotiations with employee representatives from its oil products division and support functions in Finland. The measures are part of an effort to slash fixed annual costs by around 50 million euros.

The objective of the measures is to improve productivity, resource efficiency and ability to adapt to market changes. The measures will have no impact on the security of fuel distribution supply in Finland, assured Neste.

The company pointed out that the demand for fossil oil products is expected to decline and the share of renewable energy solutions to grow in the coming years.

Peter Vanacker, the CEO of Neste, argued that it would be viable or sustainable to make the operating and maintenance investments needed in Naantali, given the faster-than-expected pace of the energy transition and the large overcapacity for oil refining globally.

“Although the time is not optimal and this news is unfortunate for many of us, the planned actions to develop our refinery operations are urgently needed to maintain operations and strategic capabilities in refining in Finland,” he stated.

The company added that the coronavirus pandemic has significantly accelerated the decline in demand for traditional oil products, with no recovery to the pre-pandemic levels on the horizon.

Minister of Economic Affairs Mika Lintilä (Centre) told STT on Monday that the news about the possible closure is very alarming.

“There’s no way to prevent these,” he said when asked if the government intends to take action to prevent further mass lay-offs. “Maybe the best way to get there is to not put additional costs and cost pressures on these companies. That’s a way for us to ease and secure their operational preconditions.”

Lintilä told Helsingin Sanomat earlier yesterday that he expects other companies to make lay-off announcements. “I don’t like saying this, but I doubt this will be the last of it,” he said.

The Finnish government holds 36 per cent of shares in Neste.