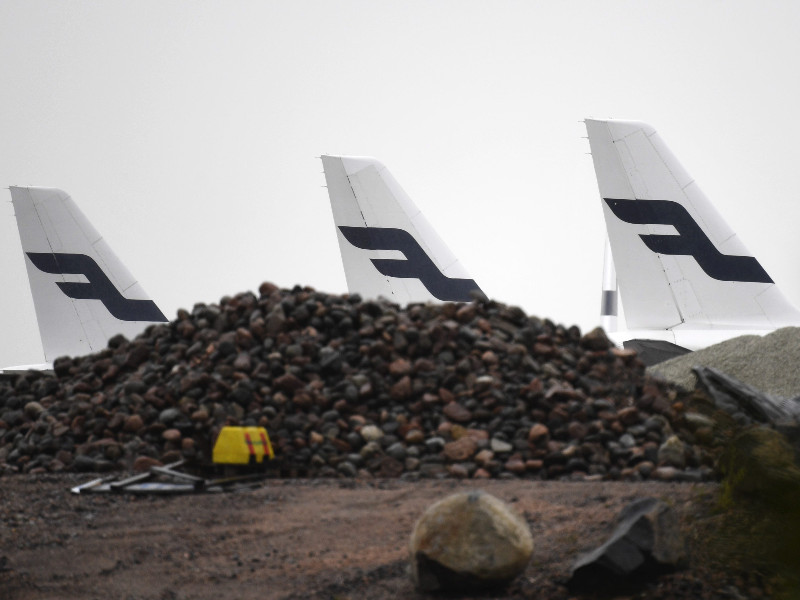 Finnair aircraft parked on the outskirts of Helsinki Airport on 13 May 2020. (Vesa Moilanen – Lehtikuva)

FINNAIR on Tuesday announced it will initiate consultative negotiations with 2,800 of its staff with a view to reducing its headcount by roughly 1,000, reports Helsingin Sanomat.

The Finnish majority state-owned airline cited new travel restrictions as the reason for the redundancies, explaining that they have left it in a situation where it believes temporary lay-offs will not suffice.

No members of its flight crew are presently at risk of losing their job, however. Finnair revealed that its objective is to safeguard the continuation of its core business and ensure its flight crew – namely, pilots, co-pilots and cabin crew – can resume work gradually once the markets begin to recover and the number of flights increase.

The airline also announced it will raise the target of its belt-tightening campaign from 80 to 100 million euros.

Topi Manner, the CEO of Finnair, on Tuesday reiterated that the coronavirus pandemic is the worst crisis in the history of the aviation industry. The pandemic and the “exceptionally strict” travel restrictions adopted by the government have undermined demand for flights to the extent that the airline will operate only a small share of the flights it did last year.

“No immediate change for the better is unfortunately on the horizon,” he added. “Our revenues have diminished substantially, and that is why we simply have to align our costs with our new size.”

Finnair saw its passenger traffic come to a near complete stop due to the adoption of travel restrictions in and outside Finland in April and May. Although the coinciding up-tick in cargo traffic offset some of the losses, the airline was incurring a daily operating loss of two million euros.

Although passenger services started to increase last month, the volumes remained at about 10 per cent of those of July 2019.

Manner estimated last month that the airline could be able to operate roughly a half of its usual flights as soon as in September. The estimate has since been lowered to 30 per cent due to the adoption of new travel restrictions by the Finnish government.

“Airlines are fighting for their existence,” conceded Tytti Tuppurainen (SDP), the Minister of European Affairs and Ownership Steering.

The Finnish government, she underlined, has yet to make any decisions on additional financial support for the airline but is committed to supporting the airline to overcome the coronavirus pandemic.

“As the majority owner, we’re committed to supporting the company in weathering this difficult crisis,” she affirmed.