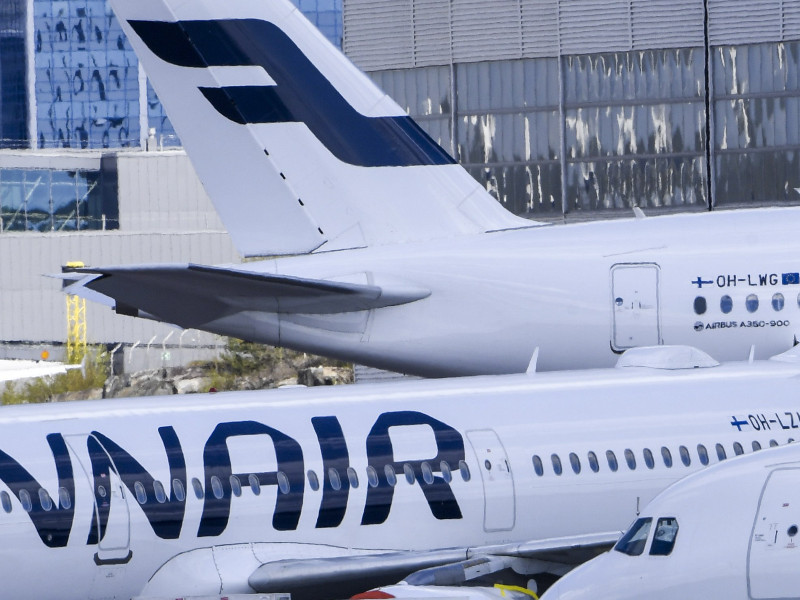 Finnair aircraft at Helsinki Airport on 18 May 2020. The Finnish majority state-owned airline says it intends to operate over 30 per cent of its regular flights in July and 70 per cent by the end of December. (Markku Ulander – Lehtikuva)

FINNAIR on Wednesday announced it will initiate talks over additional temporary lay-offs with all its 6,100 employees in Finland.

The Finnish majority state-owned airline stated in a press release that it has resorted to temporary lay-offs during the course of this spring after operating no more than five per cent of its regular services since April.

“It is obvious that because we are flying substantially less than usual, also the amount of available work is smaller. Our gradually expanding plan for operations will gradually also offer more work,” stated Johanna Karppi, the head of people and culture at Finnair.

“However, in light of the uncertainties associated with the travel restrictions and development of the coronavirus pandemic, the return to normal operation will take a considerably long time. That is why the possible temporary lay-offs currently being discussed are unfortunately unavoidable,” she added.

The consultative talks will start on 25 May. The airline revealed that it is considering comparable belt-tightening measures also in its other countries of operation, within the framework provided by the local legislation.

Finnair on Monday announced it will start ramping up its flights in anticipation of an up-tick in passenger demand as of July.

“Our intention is to fly over 30 per cent of our regular number of flights in July and resume flights to the most important destinations in Asia. We will then increase both routes and weekly frequencies month by month as the demand recovers,” said Ole Orvér, the chief commercial officer at Finnair.

By the end of the year, the airline intends to fly roughly 70 per cent of its regular flights.

The offering will be supplemented with the following destinations in August: Barcelona (ES), Madrid (ES), Milan (IT), Rome (IT) and Warsaw (PL).

The current plan for the resumption of operations is based on the expectation that air travel volumes will rebound to the levels of 2019 by 2022–2023.