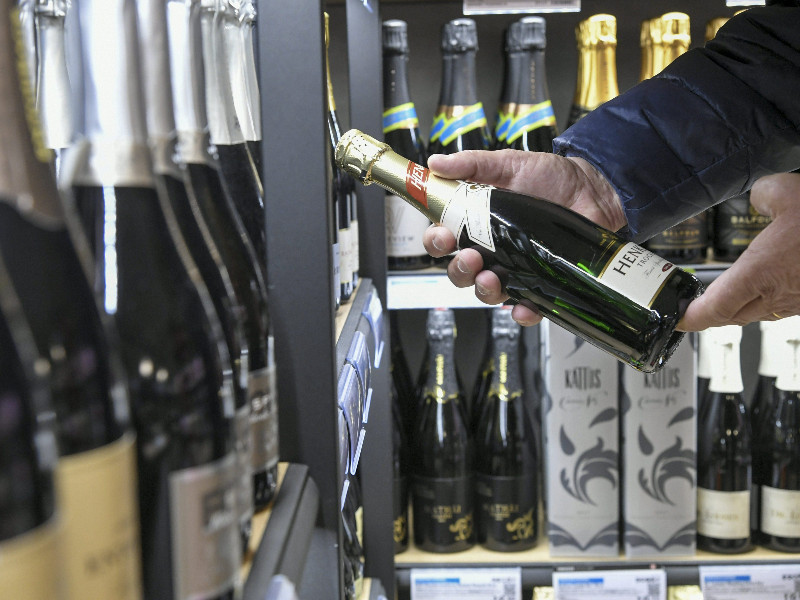 A man examined a bottle of sparkling wine in an Alko shop on 29 April 2020. (Markku Ulander – Lehtikuva)

THE ALCOHOL RETAIL MONOPOLY of Finland, Alko, has revealed that it sold a total of 9.1 million litres of alcoholic beverages in April, the first full month under the state of emergency declared by the government on 16 March.

The amount represents an increase of 23 per cent from April 2019.

The sales of rosé wines increased by as much as 40 per cent, while those of red wines rose by 35 per cent and white wines by 28 per cent. The sales of sparkling wines contrastively fell by two per cent year-on-year, presumably due to the uncharacteristically muted festivities on May Day.

The alcohol retailer viewed in its press release that the healthy increase in sales is a consequence of a decline in trips abroad, the closures of bars and restaurants, and Easter and May Day. Bars and restaurants, it highlighted, usually account for about 10 per cent and passenger imports for about 15 per cent of total alcohol consumption in Finland.

The retailer estimated that although its sales have been 16 per cent and customer numbers 1.2 per cent higher than last year during the first six weeks of the state of emergency, it is unlikely that retail sales have increased permanently at the expense of bars and restaurants and retailers abroad.

Finland shut down its borders to non-essential travel on 19 March. Bars, cafés and restaurants, meanwhile, have not been allowed to serve eat-in patrons since 4 April.