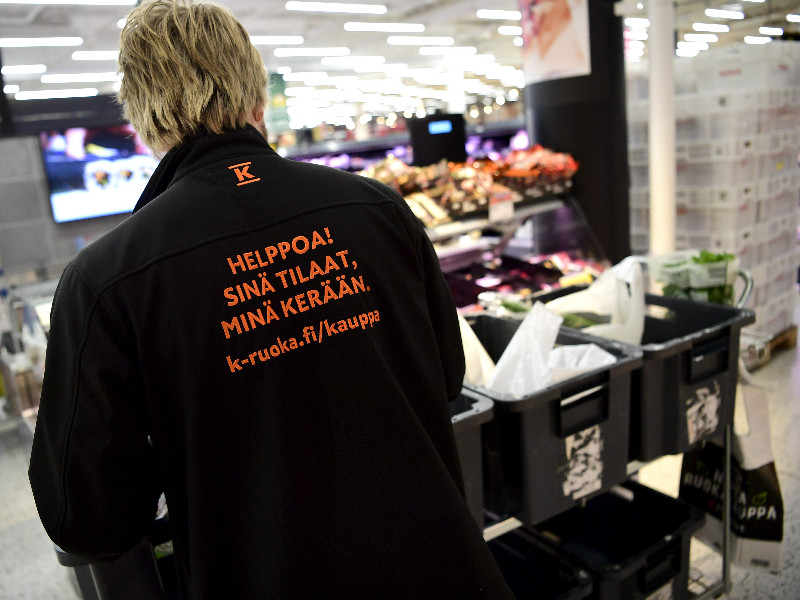 Finnish retail giant Kesko has announced its intent to become carbon neutral by 2025 and eliminate all emissions by 2030. (Antti Aimo-Koivisto – Lehtikuva)

K GROUP on Tuesday declared that it has not lost its focus on climate actions despite the coronavirus pandemic.

The Finnish group of car, grocery and building hardware retailers said it has updated its climate goals and intends to become carbon neutral by 2025 and eliminate all emissions from its operations and transport by 2030.

“The coronavirus has not diminished the importance of climate action, even though the world has temporarily turned its attention elsewhere,” said Mikko Helander, the CEO of Kesko.

“We at K Group intend to minimise our emissions by 2025. We will compensate for the remaining emissions between 2025 and 2030. Our aim is to have no need for compensation and make our operations emission free by 2030.”

K Group is formed by its retailers and Kesko.

The retail giant has not purchased any non-renewable electricity for its properties in Finland since 2017. Its objective is now to increase the share of renewable heat and electricity in not only its other countries of operation, but also purchases made by the retailers.

It is additionally encouraging its suppliers, the entire supply chain and customers to reduce emissions.

“We expect that reduction targets are set for two-thirds of emissions from our direct suppliers by 2025. This way we can do our part in reducing emissions from the whole production chain,” stated Helander.

The zero-emission objective is not the only new climate act by Kesko. The retailer announced yesterday it has also committed to adopting stricter science-based emission targets in line with the most ambitious goals laid down in the Paris Agreement.

Kesko in 2017 became Finland’s first company to set science-based targets for its emissions.