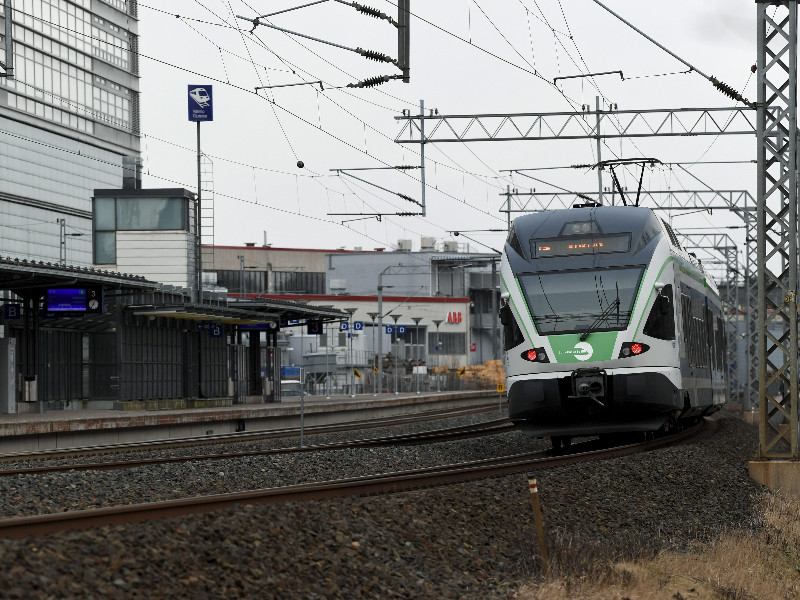 VR, the Finnish state-owned railway operator, in mid-March announced it is to reduce services and temporarily lay off all staff for no more than 90 days due to a sharp decline in passenger demand caused by the coronavirus outbreak. (Antti Aimo-Koivisto – Lehtikuva)

NEARLY A FIFTH of Finnish employers are worried about going belly up due to the coronavirus pandemic, finds a survey by the Confederation of Finnish Industries (EK).

“The economic emergency of employers has exacerbated rapidly. Temporary lay-offs are increasing sharply, but the threshold for lay-offs remains high even in a time of crisis,” stated Jyri Häkämies, the director general at EK.

“The unfortunate conclusion drawn from the business survey is that we may be faced with a worse wave of bankruptcies and mass unemployment than during the recession of the 1990s,” he added.

EK interviewed a total of 1,873 business owners and executives for what was its second business survey during the outbreak. The responses were collected roughly two weeks after the first edition of the survey, between 30 and 31 March.

The Unemployment Fund (YTK) has already warned that the payments of unemployment benefits could be delayed if the temporary lay-offs affect tens or hundreds of thousands of employees simultaneously this spring.

“The volume will cause an unprecedented challenge to the unemployment security system. Some of the payments will all but surely be delayed,” Sanna Alamäki, the CEO of YTK, told STT.

The Ministry of Economic Affairs and Employment has revealed that almost 6,000 employees have already been laid off and over 17,000 temporarily laid off due to the pandemic. More than 320,000 employees also fall within the scope of consultative negotiations initiated by employers to cope with the exceptional situation.

Almost a fifth (18%) of respondents viewed they are at risk of bankruptcy due to the crisis.

EK on Wednesday highlighted in its summary of the results that if the risk was realised fully, the number of bankruptcies would be higher than during the recession of the 1990s.

About a half of the surveyed businesses reported that they need gloves, respiratory masks and other protective equipment in their everyday operations. The availability of such equipment was a concern to 65 per cent of the companies – not only in the health care sector, but also in the food, retail and real estate management sectors.

The respondents also stressed that relaxing the terms of debt repayment will not be enough to withstand the financial blow of the crisis but that direct subsidies will also be needed.

The Ministry of Economic Affairs and Employment on Tuesday announced the self-employed will shortly be able to apply for subsidies of 2,000 euros to cover their operating costs during the crisis from the municipality in which they are located.